Are Your Millennial Employees Turning You Into a Helicopter Manager?

Can you listen to another view?
A real vision is lived not framed. 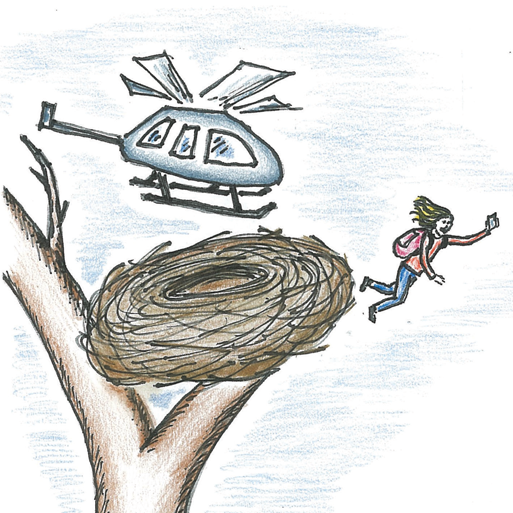 Have you noticed that you’re supervising more closely, giving more direction, or spending more time with your millennial employees?

It may be that in your efforts to support them, you are providing too much. You may be unconsciously continuing the kind of environment they grew up in – over-structured and over-protected, where failure is not an option – an environment that perpetuates dependency.

A World Where Everyone’s a Winner.

According to Joanie Connell, millennial worker expert and author of Flying Without a Helicopter, many Millennials are the product of an upbringing that focused on creating a sense of self-worth through success. She shares this example of how it works, “When my daughter was eight, we signed her up for recreational soccer. The registration form said: ‘All players will receive a uniform, pictures, and a trophy.’ I wondered, Why would everyone get a trophy? Don’t they just give those out to the winners? The answer was they don’t keep score at the games, so ‘Everyone’s a Winner.’“

Dr. Connell says the unintended consequence is that many Millennials “lack important life skills like resilience and independence, have unrealistic expectations about what it takes to succeed, and are unable to cope with criticism and rejection.”

Continually Propping Them Up. Ken Blanchard tells a story about how he got into trouble when he was a college professor for passing out the final at the beginning of the semester. His response was, “Not only am I passing out the exam, but I then intend to spend the entire semester teaching them everything on it.” He believed it’s the job of a teacher to teach students what they need to learn, and not worry about evaluating them according to a distribution curve. If they did the work and learned the content, they should all be able to get A’s. An appealing idea.

And many parents, teachers and coaches began to think it was their responsibility to make sure children were winners, sometimes even doing the work for them. The focus shifted away from the philosophy of educators like Carl Rogers (emphasis on “learning how to learn”) and toward achievement (emphasis on “what they learn”). These Millennials never learned to face the consequences of their actions, were deprived of the opportunity to learn from their failures, and developed a sense of entitlement.

In a guest post on Jon Mertz’s Thin Difference Blog, millennial Scott Savage reflects, “I wonder, what if we were conditioned to feel entitled? Every time we competed, we earned a trophy. We grew up in a world where seemingly everyone had cable TV, internet access and a cell phone. By the time we got to college we had five graduations and their subsequent parties! Think about it—preschool, kindergarten, 5th grade, 8th grade, and high school. There is a reason we think we’re awesome!

Dr. Connell points out, “When kids don’t know how to lose, they lack resilience. And if they are always a winner, they don’t receive useful feedback on their skills and abilities. They grow up thinking they are great at everything.”

It’s Not Too Late for Them to Grow Up

You can support your millennial employees in becoming real “winners” – engaged employees who are successful in their work and experience personal satisfaction – by not getting sucked into micromanaging them.

A recent large-scale study of millennial attitudes and actions and the implications for employers, conducted by INSEAD’s Emerging Markets Institute, Universum, and the HEAD Foundation, suggests their greatest contributions will come when you provide opportunities for meaning, growth, and relationships.

1. Meaning –Provide the “why” but not the “way.” Millennials want you to explain why a project or task is important and how it fits with the big picture, and then to give them the freedom to execute their own way.

Dr. Connell suggests “instead of hovering over them, build a relationship of trust and accountability. Give them responsibility and clear expectations. Explain when it needs to be done, what the results should look like and why it is important. But only loosely guide them on the ‘how.’ Let them figure that out on their own.”

They might have an unrealistic view of their ability to figure out the best way to achieve the goal. If that’s the case, instead of jumping in and telling them what to do, or standing back and letting them fail, Dr. Connell suggests, “Ask them the questions they need to ask themselves to effectively plan their work. What are the potential barriers and how will you handle them? What are the possible outcomes? What information do you need to know to move forward? Who can you get to help you? What resources do you need? How long will it take?”

2. Growth – Provide feedback and the opportunity to learn from experience.

Millennials want the opportunity to develop new skills and to grow. Give them stretch assignments, and don’t hover to make sure they succeed. They can learn as much from failure as from success.

Dr. Connell says “Accept that someone else’s work may not be as good as yours, but it’s still good enough. Maybe it’s perfectly good, but just not the way you’d do it. That’s okay too. And maybe you know it’s going to create a problem, but one that you and your company can live with and it’s worth the lesson to the employee. That’s when you can be there for them to help them learn.”

3. Relationships – Create connection and provide opportunity to make a contribution. Millennials want to feel respected, valued, and heard. And they want to know you care about them. Doing too much for them, micromanaging them, or preventing failure does not show you care about them because it keeps them dependent.

They want to have a say in how things are done. Show you care about them and respect them by considering their suggestions seriously. Have a conversation about what they are thinking. They just might have a good solution you never considered.

Too Much Work for You?

You might be saying to yourself that it’s not worth all this work. But the reality is, if you invest in your millennial employees now, it will be less work for you later as they begin to fulfill their potential and develop into peak performers.

Millennial expert Dan Schawbel says, “Millennials are the most educated, most diverse and the most connected generation of our lifetime, and they are poised to make a major impact on corporate America. Most companies aren’t ready and don’t understand the impact that this generation will have.”

One more reason it’s worth your effort to understand and invest in Millennials: They are currently the largest generation in the workforce – which means that soon, one of them may become your boss. 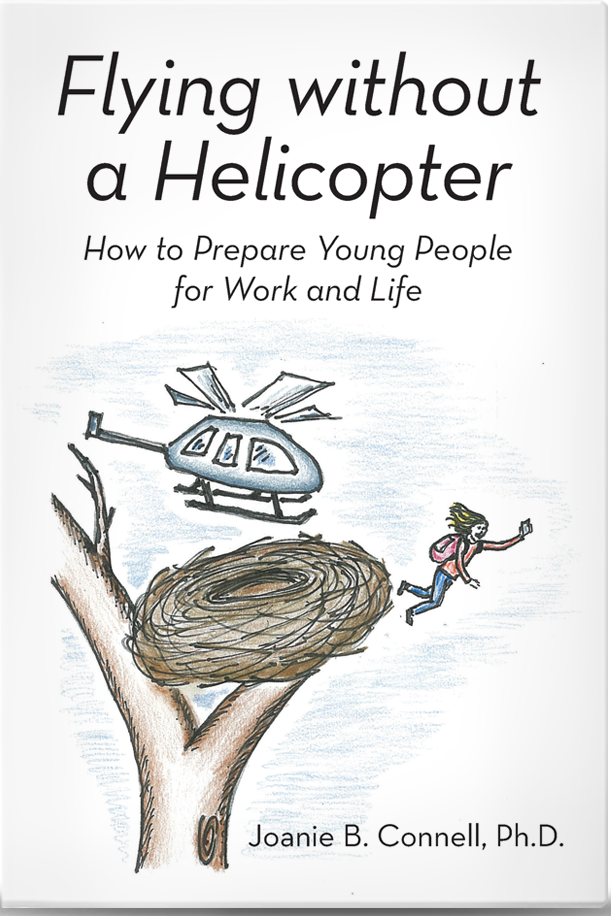 Thanks to Joanie Connell, Ph.D., of Flexible Work Solutions for sharing her expertise on Millennials in the workforce.

Flying Without A Helicopter focuses on what it takes to be successful in the workplace and how to get there. It is about parenting, educating, and managing to help young adults build skills to succeed in an increasingly competitive world, and offers advice to parents, educators, and managers, as well as young adults, on what is needed to help produce healthy, independent, self-reliant employees who will thrive on their own.

Can you listen to another view?
A real vision is lived not framed.