5 Ways Millennials Will Shape the Future of Work

Stop Waiting for Someone Else to Provide Leadership
What Business Are You Really In? Grace Hearth Knows 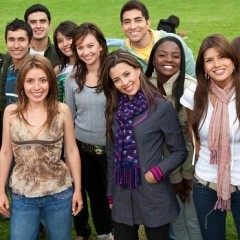 Millennials, also known as Generation Y, will comprise 75 percent of the global workforce by 2025. They are the most educated, most diverse and the most connected generation of our lifetime, and they are poised to make a major impact on corporate America.

Most companies aren’t ready and don’t understand the impact that this generation will have.

Millennials have a different view of how work should get done. They see no reason for many traditional corporate policies such as the dreaded nine to five workday. Yet,  fewer than half of US companies currently have a workplace flexibility program and a mere 10% have entrepreneurship or community service programs. Companies are just not equipped right now for the rise of the millennials.

Currently, millennials account for 15 percent of all management positions and that number is expected to increase substantially over the coming years.  Here are five ways millennials will shape the future of work as their numbers increase.

1. They will take down your corporate firewall.

A report from Cisco revealed that more than half of millennial workers would choose social-media freedom over a higher salary when considering a job offer and that that 56% wouldn’t work at a company that banned social media. Social networks are important because that’s how they keep in touch with their friends and express themselves. Even if you block social networks, they can use their mobile phones to access the internet and social media sites. It’s far better for a company to embrace social networks than to fear them.

2. They will give corporate America a better reputation.

92% of millennials believe that business should be measured by more than just profit and should focus on a societal purpose, reports Deloitte. They want to give back to their communities, make a positive difference in the world and would rather have meaningful work than higher salaries. They don’t trust big companies, which they see as greedy, impersonal, out of touch and far from transparent.

3. They will turn work into a game instead of a chore.

Who says working for a company should be boring and tedious? Millennials want to pursue their dream jobs and aren’t willing to settle for anything less. They are optimistic and believe that their job should reflect their lifestyle. Gamification is already becoming a hot topic at work and is starting to gain even more traction. Gartner predicts that by 2014, “over 70% of Global 2000 organizations will have at least gamified application.” Learning is important to millennials and they see games as a way to learn and develop.

4. They will change the annual performance review.

Companies like Adobe have already shifted their performance reviews to be more regular because millennials want constant feedback and aren’t willing to wait to improve. In a new study that I did in partnership with American Express, we found that nearly half of managers get an annual performance review and some don’t receive any review at all. Millennials will force companies to have more regular reviews so that they can get the feedback they need to constantly learn and improve.

5. They will build a more collaborative organization.

Millennials love to collaborate and don’t want to be put in cubicle to do their work. You will see more and more companies adopting social spaces that are customized to their own needs based on their job function. Technology will be a major part of how they collaborate and we’re seeing this already through internal social networks and social media tools that allow for blogs and forum posts. 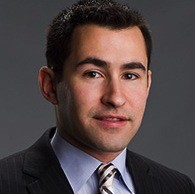 Dan Schawbel is a Gen Y career and workplace expert, the Founder of Millennial Branding and the author of the new book, Promote Yourself: The New Rules For Career Success (St. Martin’s Press). Dan is also the author of the #1 international bestselling book “Me 2.0” and was recognized on both the Forbes and Inc. Magazine 30 Under 30 lists. He has been featured in over 1,000 media outlets, including “The Today Show” on NBC, “Street Signs” on CNBC, “The Nightly Business Report” on PBS, and “The Willis Report” on Fox Business.

Stop Waiting for Someone Else to Provide Leadership
What Business Are You Really In? Grace Hearth Knows