Resilience: What It Really Is and 5 Tips to Find It
The 7 Damaging Power Gaps Women Face and How Leaders Can Help

When I was a teenager preparing to go out on a date or go out with friends, my dad would always say to me, “Son, don’t forget who you are and that we believe in you.”  It was his way of grounding me in the rich legacy of a proud family while encouraging me to be my very best.  It was somewhat like a blessing—a pronouncement of favor and protection.  I call his action the practice of nobilizing.  And, many a time his blessing kept me out of mischief.

Nobilizing is not a real word.  But you do not have to work very hard to figure out its meaning.  I view it as treating someone like royalty—rendering respect, honor, affirmation, and esteem.  It is likely how you treated the physician who delivered your child after it was all over. It was the confirmation you bestowed on a friend who helped you through a challenging time.  It is how we should treat every customer or client who contributes to our welfare; every vendor who helps us through a tough business crisis.

We don’t witness the act of nobilizing much anymore except on TV.  We hear gory ones like, “To those who are about to die, we salute you” before gladiators enter the ring to entertain the emperor.  We watch huddles of athletes mutter something bonding before they attack the court or playing field.  It is part cheer, part pledge, and part promise.  Nobilizing creates an emotional tie that binds.

The folklore of the photography industry contains a story similar to my dad’s blessing. Polaroid had told its stakeholders in the early 1950s not to expect a dividend for three years since they were pouring money into R&D to develop a camera that would hand you the color picture that would then develop before your very eyes.  Their nemesis, Kodak, was racing to bring a similar technology to the marketplace first.  It was a race to capture share of wallet.

The story continues.  Polaroid received corporate intelligence that Kodak was on the verge of developing the film that would make the camera work.  Polaroid founder Edwin Land met with their R&D unit and nobilized them: “Don’t forget that you are the finest in the industry and that we believe in you.”  Their breakthrough happened within the next twenty-four hours.  Polaroid would bring the Land camera and Polacolor film to the market first.  They even sued Kodak years later for copying their unique technology.  Polaroid won; Kodak paid almost $1B in fines.

My wife and I were having dinner in a restaurant last year and our waiter’s name tag read, “Employee of the Month.”  We congratulated him. “What did you do to get this special recognition,” my wife asked with enthusiasm.  His answer was a flat, color-less response: “I don’t know.  I guess it was just my turn.”  Nobilizing works best when it is specific and granular.  Sir Elton John did not miss the rationale for his being knighted by Queen Elizabeth II when she spoke of his massive service to the arts.  Knighting, a form of nobilizing, enables its target to know precisely the rationale for its being bestowed.

Nobilizing encourages high-wire behavior needed for innovation by signaling an emotional net below.  It works when its target feels its delivery is personal, uplifting, and laced with sincere caretaking.  One famous Irish blessing closes many worship services.  It contains specific hopes…” may the wind be always at your back, may the sun shine warm upon your face; the rains fall soft upon your fields.”   Nobilizing leaves us filled with hope and optimism, two ingredients necessary for breakthroughs.

My wife and I were having lunch with friends at one of the three restaurants at the renowned Culinary Institute of America (CIA) in Hyde Park, New York year before last. The CIA is the training ground for the world’s most celebrated chefs. My wife ordered lamb chops. The waitress (who was graduating the next day to become the sous chef at the Four Seasons Hotel in Philadelphia) advised: “The chef recommends this entree be prepared medium-rare. But do you have a different opinion?”

I was moved by how much the comment elevated the customer to one on equal footing with a chef who was, in fact, a professor of chefs. A typical provider-consumer relationship instantly became egalitarian transforming it into a partnership. It was a moment we talked about throughout the meal. It made me realize the delicious spirituality of nobilizing and its power to invite commitment, compassion, and boldness.

Mary Kay Ash started a cosmetics company on a simple philosophy:  nobilizing. “We treat people like royalty,” she said. “If you honor and serve the people who work for you, they will honor and serve you.”  The company reports well over $3 billion in sales and ranks in the top six network marketing companies globally.  “Give to the world the best that you have,” wrote Madeline Bridges, “and the best will come back to you!” 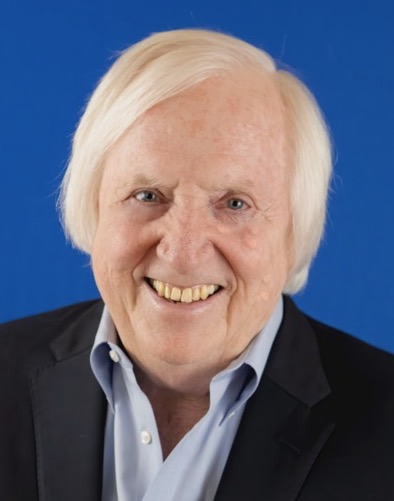 Chip R. Bell is a senior partner of the Chip Bell Group. For the sixth year in a row, Global Gurus in 2020 ranked him one of the top three keynote speakers in the world on customer service. Bell has appeared on CNBC, CNN, Fox Business, Bloomberg TV, ABC, CBS, and NPR, and his work has been featured in Fortune, Wall Street Journal, Financial Times, and USA Today among others.

His newest book is Inside Your Customer’s Imagination: 5 Secrets to Creating Breakthrough Products, Services and Solutions. Filled with examples from real organizations, Bell shows how co-creation partnerships enable you to tap into the treasure trove of ideas and ingenuity within every customer.

Resilience: What It Really Is and 5 Tips to Find It
The 7 Damaging Power Gaps Women Face and How Leaders Can Help