How to Resolve the Roots of Disagreement 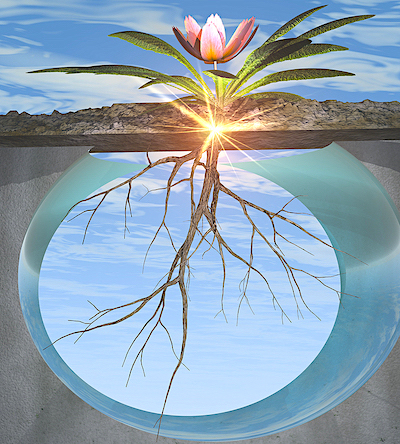 Most disagreements are due to differing interpretations of the facts. For example, John’s glass vase was broken when Carlos dropped it. This is an objective fact – an event that occurred. John is angry because he believes Carlos did it on purpose. John’s interpretation of the event (that Carlos did it on purpose) is what creates meaning and emotion. If Carlos says it was an accident and John believes him, then John’s interpretation will change and so might his anger.

However, if John believes Carlos dropped the glass vase on purpose, and Carlos says he never touched the vase, then it’s not an issue of different interpretations – they are in disagreement on the facts themselves. And their conversation must focus first on agreeing on the facts.

What happens if instead of clarifying the facts, John tells his friends that Carlos dropped the vase on purpose? If John’s friends simply believe him without verifying the facts, they may have accepted false information as fact. At this point, things get very complicated and almost impossible to resolve.

The roots of disagreement are grounded in the facts. And without agreement on the facts, resolution is unlikely.

Conclusions should be based on a clear line of sight back to the facts.

If you accept false information as fact, your sense of reality becomes distorted. When someone believes too much false information, their family and friends will become concerned about them, and are likely to encourage them to seek mental health treatment.

However, when a number of people believe the same false information, they reinforce each other’s views. Their shared beliefs create a group identity, and the group members don’t question the validity of new information. The group’s closed boundaries form an echo chamber that magnifies the information they get and further reinforces their beliefs. The group’s identity is threatened by ideas and people that conflict with the distorted viewpoint that holds the group together so information that conflicts with their beliefs is quickly dismissed. They exist within a group distortion field formed around the conclusions based on the false information they believe is fact.

It’s almost impossible for people deeply caught in a group distortion field to have productive conversations with others who do not share their sense of reality.

Sadly, this is the situation today in the United States. There are huge group distortion fields, with so many people at opposite ends of the poles, it seems like there aren’t any poles left, just a deeply divided country. We are unable to have productive conversations with each other because we can’t even agree on what the truth is, let alone discuss solutions.

It’s easy to see the group distortion when you are looking at a group you don’t identify with. But if you are hoping that one of those people will read this article and recognize themselves, consider this: one of them is probably reading this, hoping you will recognize yourself.

When you look at the level of polarization that is occurring today, it’s likely most of us have accepted some false information that has created distortion. How strongly are you attached to your position? How willing are you to consider the possibility that some of the facts you believe may be wrong?

The way out is to take personal responsibility for your own thinking.

If we want to address this polarization, we need to each begin with ourselves. Use critical thinking and draw your own conclusions based on facts you have verified. Take personal responsibility to:

• Take the time to carefully verify whether the information you have been presented is true.

• Separate opinion and fact. A lot of what is presented as a fact is actually an opinion. Look carefully at what you’re reading, as it’s not always clear at first glance.

• Don’t turn a blind eye toward facts that don’t support your position. Recognize your own cognitive biases and don’t reject the possibility that something is indeed a fact when it conflicts with your predisposed beliefs.

Facts do exist and it’s possible to identify them. It’s true that there is a tremendous amount of disinformation being presented as fact, on the news, in print, and on social media. But if you put in the effort, it’s possible to dig much of them out. See Give Me the Facts, Just the Facts for seven tips on how to surface and verify the facts.

Once you have verified the facts, use critical thinking to analyze them. Recognize your tendencies toward cognitive bias, and use objectivity to analyze the facts. Take a deep breath and set your emotions aside. One way to help to create distance from emotionality is to put yourself in the shoes of someone who does not hold your views.

The roots of disagreement are grounded in the facts, and that’s where the seeds of resolution can be found. Simply agreeing on the facts will not necessarily create resolution, but it is the place to begin, or true resolution will not be possible.

Photo Credit: Bigstock/truelight | Resolution at the Roots of Disagreement