From CEO to Novelist: A Case Study of Radical Career Change 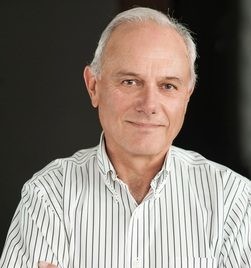 I just started reading John Bell’s new novel The Circumstantial Enemy and don’t want to put it down. Fortunately I’m traveling tomorrow and will have time to finish it on the plane. Can’t wait!

I know John Bell as a leadership expert. By the age of 47, John had turned a bankrupt company into the top coffee company in Canada. Retiring as CEO of Nabob after it was purchased by Kraft, he then became a global strategy consultant and director of several companies. Three years ago, John published the popular leadership book Do Less Better, and I interviewed him at that time.

But there’s a world of difference between writing a business book and writing a novel. And I had been quite curious to learn more about why and how John made such a radical career change even before I picked up his book and became totally engrossed in it.

One of my areas of interest is career change, which I have explored with Whitney Johnson and with Bev Kaye, in my case study of Barbara Bennett From Corporate Officer to Clown: Reinvent Yourself But Not Your Purpose, and in How To Become Your Own Successor as I believe career mobility and personal disruption are one of the most important issues facing people of all ages in today’s world. So I was delighted for the opportunity to talk with John who offers a real-life case study of successful radical career change.

Why did you want to write a novel?

This was a story that I felt was important to tell. It’s modeled after my father-in-law’s real experience as a young Croatian pilot who was forced to fly with Hitler’s Luftwaffe. We had heard his story many times, and about 15 years ago, my daughter asked me to capture his biography for the family. It occurred to me that if I turned it into a novel, I would have more latitude to explore the nuances of being trapped on the wrong side of a war.

What were some of your biggest challenges?

First: Taking my own advice from my book Do Less Better. The premise of that book is that sometimes you need to sacrifice things you think are worthwhile for the sake of clarity and focus. And just as we had needed to sacrifice in order to turn our business around, the same thing applied to my novel. In the end, I had to delete seven great chapters (450 pages) to get it down to a 325-page book.

Second: Learning a new skill. After beginning a short draft, I realized this was a completely different way of writing. I didn’t write another word for a year, spending my time learning how to write fiction – reading every book I could get my hands on from dialogue to romance. Two years later I had my first draft. It wasn’t good. I needed another three years of rewriting and editing. By the time I convinced a bona fide publisher to take on this project, at least eight years had passed. And during those years, I continued to read the manuscript and make changes.

Third: Finding a publisher in a field that is saturated with aspiring novelists. My corporate network as a resource for this task was dry. And I had decided that if I couldn’t find a bona fide publisher, I would not publish it.

What contributed to your success?

First: I had the basis of a great story that I was excited and passionate about.

Second: I ended up dedicating at least a 10,000 hours to making the story the best it could be (more likely, the best I could be).

Third: I think many of the personal characteristics that made me successful as a CEO helped: being visionary, performance-driven, tenacious, and resourceful. And to be completely frank, there was one more factor that I am finally ready to admit — I am deathly afraid of failure. Anyone who has seen me compete in sports knows that I despise losing; so this declaration won’t be much of a leap for them.

Some thoughts for people who are contemplating a radical career change.

John told me that he had experienced an identity shift. He now thinks of himself as a novelist, not as a leader or consultant. And as a novelist, he is already contemplating his next work.

I was struck by how much we are shaped by our self-images, and how much our self-images shape our choices. There may be more choices available than you are currently considering, if you are willing to set your identity aside, put the effort into learning new skills, and have the tenacity to see it through. It also helps, as was the case with John, if it is something you are excited and passionate about.

Before becoming an author, John Bell was a CEO, global strategy consultant, and a director of several organizations. A prolific blogger, John’s musings on strategy, leadership, and branding have appeared in various journals such as Fortune, Forbes and ceoafterlife.com.

From CEO to Novelist: A Case Study of Radical Career Change