How To Become Your Own Successor

The Images We Hold Create Our Reality
Pause Before You Plan 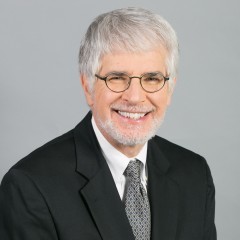 Most people are familiar with succession planning for an organization. Who is going to follow you as a leader once it is time for you to be replaced, and what must be done to prepare that person?

Succession planning is undeniably important. But if you grow and develop throughout your personal and professional life, and continually transform and improve yourself, there is the possibility that the person who replaces you can be yourself.

In other words, you can become your own successor.

I started developing the idea for this construct in 2011, when the Brazilian business magazine Administradores asked me who could be considered as successors to Peter Drucker, who died in 2005 at 95, as the leading management authority. He was at or near the top of management thinkers for many years, requiring him to continually change, learn and evolve. Because so much had been written about him since that time, and more of his own writing had been released after his death, I sensed that we understood his work in new and deeper ways and that this in effect qualified him as being his own successor.

What would being your own successor look like for you?

This concept requires a shift in thinking in application for your own life and work, and it is undeniably metaphorical and difficult to take literally. Thinking about how you can apply it can lead to breakthroughs, since it requires a different way of conceptualizing your role.

The easiest and most straightforward change would be a promotion within your current organization. You could also remain in your current position, but redefine or reinvent the way you work. Or you could leave your job for something new and different, perhaps more entrepreneurial.

Self-succession is built on a foundation of personal excellence and integrity. It requires non-complacency, focused introspection and the ability to change. Drucker’s example sheds some light on what is required to become your own successor.

Five areas of self-development to prepare yourself to become your own successor:

Becoming your own successor is not likely to happen overnight. However, now is a great time to begin this challenging process. What is the first step you can take on your journey?

Bruce Rosenstein is Managing Editor of Leader to Leader, a publication of The Frances Hesselbein Leadership Institute (formerly the Leader to Leader Institute and earlier the Peter F. Drucker Foundation for Nonprofit Management), and Jossey-Bass. He is the author of Living in More Than One World: How Peter Drucker’s Wisdom Can Inspire and Transform Your Life (Berrett-Koehler, 2009) and Create Your Future the Peter Drucker Way (McGraw-Hill, November, 2013). He worked for USA TODAY from 1987-2008, and since 1996 he has been an adjunct professor in library and information science at The Catholic University of America. Learn more about Bruce, and contact him at www.brucerosenstein.com

Note from Jesse: I am delighted to host this guest post by Bruce Rosenstein, author of the brilliant new book Create Your Future the Peter Drucker Way. Become your own successor is one of the concepts discussed in his book. No one understood what it means to create your own future better than Peter Drucker, and no one understands Peter Drucker better than Bruce Rosenstein. This easy to read and understand book will open a doorway to wisdom that you can easily put into practice in your organization and your own life. It is filled with actionable suggestions and a wealth of resources – a guidebook for a journey we all must take if we are to create the future we desire.

The Images We Hold Create Our Reality
Pause Before You Plan