From Corporate Officer to Clown: Reinvent Yourself But Not Your Purpose

Vision Requires Action: 7 Tips to Move and Keep Moving
How to Delegate Effectively and Minimize the Risk 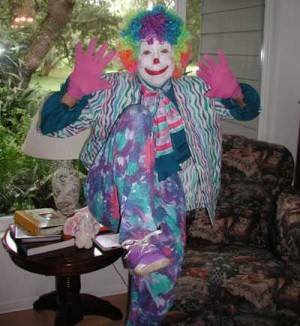 The first female officer in the 150-year history of Stanley Black & Decker, Barbara Bennett was among the first women in a Fortune 500 company to break through the glass ceiling in 1989. Her direct style tempered by easy-going humor allowed her to fit quite well with the male-dominant culture. She used to joke that sometimes she would forget and follow the guys into the men’s room.

Convinced they needed to break down barriers, she was incredibly creative in finding ways to do it.  For example, years before either of us had heard about “large group interventions,” Barbara asked me to help her plan a working meeting for their annual Managers’ Meeting, where they would make real business decisions. I had never done anything like that before but thought it was a great idea. The meeting was a smashing success and took down many walls. We appreciated and enjoyed each other, and over time became good friends.

In 1996, her boss Dick Ayers retired. The new CEO wanted to remake the culture, and Barbara decided to take an early retirement. Her package was so good she could afford a real retirement, and that’s what she did.

It was hard to imagine her retiring when only in her early 50’s. I wondered what she would do without a job to keep her focused and without a corporate identity to hang her hat on. The answer? Reinvent yourself!

Barbara entered the next phase of her life with the same enthusiasm that drove her to the top of the corporate world. Only this time, she focused on herself – her own personal development. She gave up the fancy titles, let her ego take a vacation, and her crisp business edge softened as she began meditating, studying healing and spirituality and volunteering regularly at hospice.

Then Barbara announced she was going to Clown School. Why? It looked like fun. She wasn’t sure what she would do with it. But, after graduating, she wove it into her life by visiting nursing homes and hospitals as a clown. She discovered that when she was in “clown face,” people would open up to her immediately and start taking about their deepest hopes and fears in ways they never would with an ordinary human volunteer. Clowns break down barriers!

Did Barbara change? On the surface, it looked that way. But the essence of her vision for her life has remained her driving force.

She continues to break down barriers and make a difference.

She still has a tremendous amount of power, which she now uses to help people discover joy and be present in whatever place they are.

She is still a role model, continuing to break through stereotypes and ceilings, going boldly where others have not gone before.

Barbara’s path has taken some unexpected turns. At times, she hasn’t been clear where the path is leading. However, she continues to focus on her purpose and trust herself to know that she doesn’t need to have it all figured out—eventually the connection will be revealed.

4 guidelines to reinvent yourself and stay aligned with your deepest purpose.

Photo Credit: Barbara Bennett | Reinvent Yourself But Not Your Purpose

Vision Requires Action: 7 Tips to Move and Keep Moving
How to Delegate Effectively and Minimize the Risk