The Power of an Emergent Network

Are You Compromising Your Future?
Think You Can Lead Without a Vision? Think Again 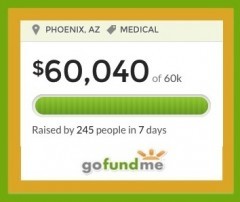 Last week several of us launched a social media driven fundraiser for our friend and colleague Jamie Showkeir who is courageously facing ALS.

I am thrilled for my friend, and it has reaffirmed my belief that the natural movement of humanity is toward goodness.

I had hoped an emergent network would arise, but in my wildest dreams I never expected it would be this strong.

That’s the thing about emergent networks -they are unpredictable.

What is an emergent network and why is it so powerful?

An emergent network is a type of community that arises in response to an issue, and once the goal has been achieved, naturally dissolves. They ebb and flow like ripples on the surface of a lake. Uncontrollable and unpredictable, they can be quite powerful and often trump traditional structures.

They are a growing phenomena due to the opportunity for easy access and connection afforded by the Internet, particularly through email and social media.

The loose, non-hierarchical Internet is a perfect environment for emergent networks to thrive.

It is almost impossible for an emergent network to arise in traditional, control-oriented organizations because their very nature is fluid and flexible. They have a life of their own, and require a non-hierarchical view of leadership, as described in my article Emergent Leadership Topples the Pyramid.

In their book A World Gone Social, Ted Coiné and Mark Babbitt provide many examples of what these powerful networks have accomplished.

What makes an emergent network so compelling?

We are social beings and it is our nature to seek community. We thrive when we have a sense of connection and shared purpose.

What is most exciting about an emergent networks is:

About the “Keep Jamie at Home” Campaign 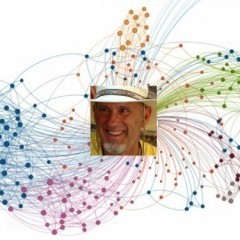 By summer, he needed the support of a cane. By fall his legs no longer supported him. Today he has only 20% use of his arms, cannot feed himself, and needs total assistance getting in and out of his wheelchair and with other tasks of daily living.

Throughout all this, Jamie has remained a bright, loving, generous man, who is mentally sound and engaged in life. He is teaching us about the true meaning of authenticity and courage.

Health insurance does not cover in-home care, and Jamie now needs caregivers full time – to get him out of bed, shower, shave, and dress him in the morning; provide toiletry and other personal care, move him, feed him; and at night to undress and prepare him for bed, and reposition him when he awakes at night.

We set up the Keep Jamie at Home campaign to raise $60,000 to cover in-home care for 16 hours a day for six months.

Here’s the power of an emergent network – one that arises in response to a real need.

We knew it was a challenging goal, and expected it would take a lot of time and effort to reach it. We were absolutely blown away when we sailed through that goal in just ONE WEEK!

Deepest appreciation to all who joined this network of love and support. Jamie and his wife Maren are drinking from a fire hydrant of gratitude.

Are You Compromising Your Future?
Think You Can Lead Without a Vision? Think Again