Are You Compromising Your Future?

For some folks in the business world, living in the “here and now” means seeking instant gratification. So they request favors five minutes into a new relationship, hold “fire sales” rather than building customer loyalty, and bark orders at employees rather than leading with trust. They measure relationships by what they’ve gained rather than by what they’ve done to strengthen the bond. And they negotiate agreements to gain the upper hand rather than making everything win-win. They act this way because it’s quick and easy. Don’t they realize their short-term mindset may be compromising future success?

The problem is, if you think trust, respect, and credibility are easy to obtain, you’re kidding yourself. If you think loyalty is created, a reputation is earned, or success is achieved at the drop of a hat, you’re sadly mistaken. In fact, if you think there’s a magic bullet for anything worthwhile in life, you’re living a fantasy. Success requires hard work, commitment, patience, and determination. There are simply no shortcuts in the long run.

Are You Selling Your Future Short?

We hit the ground running without first creating an action plan to achieve goals; we ignore small problems and then drop everything when they become an emergency; we shoot from the hip and spend double the time fixing ill-conceived decisions. Do you see a pattern here? If you want a promising future, you must have a little patience and make the investment today. Here are other common examples in which our short-term mindset sabotages our long-term success:

Your Future Is Now

Tomorrow’s coming whether you’re ready or not. People who don’t anticipate the future often seem surprised when it arrives –– and it usually does. So plan ahead. But remember that thinking about tomorrow isn’t the same as doing something about it.

You must plant seeds to reap a harvest. As the Chinese proverb says, “The best time to plant a tree was 20 years ago. The second best time is now.” So sacrifice today to secure your future. But make sure to strike a balance … short-term wins enable you to build trust, instill confidence, and maintain momentum.

Don’t swing for the fences. While hitting singles may not be as exciting as hitting home runs, they both put points on the board. Plus, the cumulative impact of doing small things in a consistent and dependable manner is huge. So don’t belittle the small things that you do each day. As Frank A. Clark, the politician, once said, “Everyone is trying to accomplish something big, not realizing that life is made up of little things.”

There’s no shortcut to success. Nothing great was ever achieved without desire, hard work, and sacrifice. If the grass is greener on the other side of the fence, chances are it’s getting better care.

Whether you’re trying to establish credibility, develop a trusting relationship, or build a reputation, don’t expect to hit pay dirt overnight. Short-term thinking may ultimately hurt your long-term interests. Be patient. Create milestones to measure your progress, and, whatever you do, live with honor. People, and organizations, with integrity inspire credibility, instill confidence, encourage respect, and enable you to hold your head high. That itself is a great reward. Plus, doing things for the right reason will come back to you in spades. The key to success is knowing that your situation today is often determined by your choices and actions yesterday. As Aesop said, “Slow and steady wins the race.” 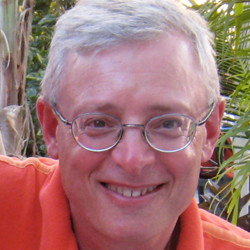 Frank Sonnenberg is an award-winning author. He has written five books and over 300 articles. Frank was recently named one of “America’s Top 100 Thought Leaders” and nominated as one of “America’s Most Influential Small Business Experts.” Frank has served on several boards and has consulted to some of the largest and most respected companies in the world. Additionally, FrankSonnenbergOnline was named among the “Best 21st Century Leadership Blogs.”