The Five Steps of CRISP Decision-Making

Manage The Challenges of Working In a Matrix Organization
Are You Creating Our Future or Just Trying to Survive? 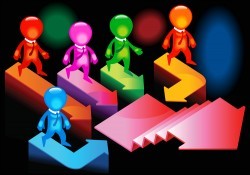 Chris, the leader of the planning committee for the next District Managers Meeting, sent an email to the company’s leadership team describing two possible venues. Emails flew around as people weighed in.  Someone wrote that it looked like the decision was in favor of the first venue. More emails then flew around expressing concern about its distance from the airport. Chris then proposed a third venue. There was one response saying, “Looking forward to hearing what you find out.” And interestingly, the flood of emails ceased.

Chris doesn’t realize it, but this is just the calm before the storm. It’s not clear which decisions are to be made by the planning committee and which by the leadership team. Busy leaders will soon get annoyed if they feel their time is being wasted, and his team will get annoyed if Chris doesn’t give them an opportunity to weigh in.

Life will be easier for everyone if they use the CRISP Decision-Making model.

I was introduced to this easy five-step process by Steve Piersanti, President of Berrett-Koehler Publishers, who has been using this model successfully for many years. When I asked for permission to share it in my blog, Steve replied, “Berrett-Koehler is very open source and would be happy if everyone copied every good thing we are doing.” They certainly are doing good work, and I am pleased to be able to share their model. I took the liberty of added the acronym CRISP in order to make it easier to remember.

Use this model to make crisp decisions when you have a question that requires involvement of others, when you are proposing a change, leading a project or when you want to make something new happen.

Step 2  – Determine who will be responsible to “steward” the decision through the CRISP decision-making process.

Step 3  – Determine who should be involved in the decision.

Step 4 – Specify their level of involvement in the decision.

The 4 levels of involvement are:

Inform –  You are kept informed in a timely way regarding what is going on but not asked to give input into the decision.

Consult  –  You are consulted before the decision is made to get your input, so that you feel that you’ve been heard even if the decision goes against your advice.

Consent – You see sufficient reasonableness and thoughtfulness in the decision to “live with it,” even though they might decide differently if they were making the decision alone.

Consensus –  Consensus has been reached when every person involved at this level can say: “I believe that this is the best decision we can arrive at for the organization at this time and I will support its implementation.”

Manage The Challenges of Working In a Matrix Organization
Are You Creating Our Future or Just Trying to Survive?