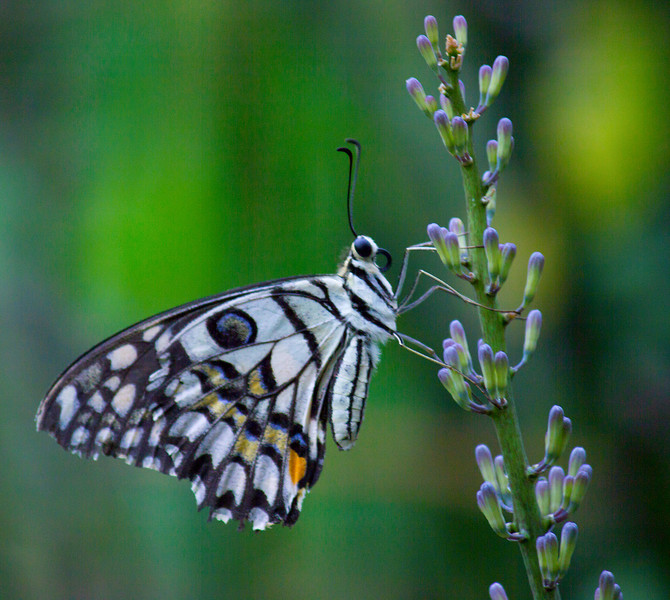 Often in coaching, managers work on changing their behaviors. But there’s another area you need to pay attention to also – other’s perceptions of you. Or you can end up in a situation where people don’t notice you’ve changed – where you’ve become a butterfly, but others still see a caterpillar.

For example, David had gotten feedback that his negativity was a major problem on his team. As he began to dial back on complaining about others, he noticed his teammates often pointed out problems to him privately, almost like they were enticing him to jump back in the fray.

Has this ever happened to you? Did you ever get feedback that you were too critical or didn’t listen enough or were not a team player… you changed your behavior, but it didn’t make any difference?

1. In part the answer lies in physics.  Newton’s Third Law to be exact. “For every action, there is an equal and opposite reaction.”  Or as Kurt Lewin described in his Force Field Theory, the status quo is maintained by equally opposing forces. The more you try to change, the more the system pushes back to keep things the same.

2. Often your actions serve a purpose that no one is consciously aware of.   Although David’s team didn’t like his negativity, they had come to depend on him to call out issues and make senior leaders aware of problems. They had not developed the team skills to address conflict and take responsibility for ensuring accountability.

3. People continue to see what they expect to see.  In other words, sometimes they just don’t notice you’ve changed your behavior. We are creatures of habit and fall into patterns of perception as well as patterns of behavior. It also might be that your new behaviors are tentative or awkward. After all, if you were skillful at it, you’d probably have been doing it all along.

4. People don’t trust that you’ve really changed.  If you’ve acted a certain way for a long time, people might not trust that you’ll continue in this new way. They think you’ll revert to your old behaviors. And quite possibly they’ll be right. Not because you don’t have good intentions, but because new behaviors need to be supported and nurtured as your skills grow.

As these forces push back on you, you might start to believe that change wasn’t possible and slip back into your old patterns. Here are 5 things you can do that will provide support for your efforts to change are seen and supported by others.

1. Inform: If you’re going to try a new behavior, there’s no reason to keep it a secret. If you want to stop micro-managing, it helps to tell your direct reports that you’re going to try a new management style – that you want to delegate more and let them run with the ball without supervising so closely. Otherwise, they might continue to come to you with questions even though you’re not asking them to.

2. Engage: Ask for feedback. When you enlist people to help you, they become invested in supporting your change. Asking for help is not a sign of weakness. Say something like, “I’d like your help. You know it’s a big change for me, so I might slip up sometimes. If I do, I’d appreciate your bringing it to my attention.”

3. Understand: Understand that changing your behavior will not only affect others, it will impact the entire system. There will be pressure on you to revert. Notice the pressure, but don’t react to it.

4. Allow: Allow others to step into the space that you once filled. You might need to wait awhile for someone to venture into it. And they might not fulfill the role you played as well as you did, especially initially, because they will need to learn new behaviors and skills. Have patience.

5. Acknowledge: Put it on the table. Talk about what is happening and changing in a non-judgmental way. Acknowledging makes it possible for everyone to participate consciously and provides support for everyone as you develop new ways of being together.