The Physics of Change 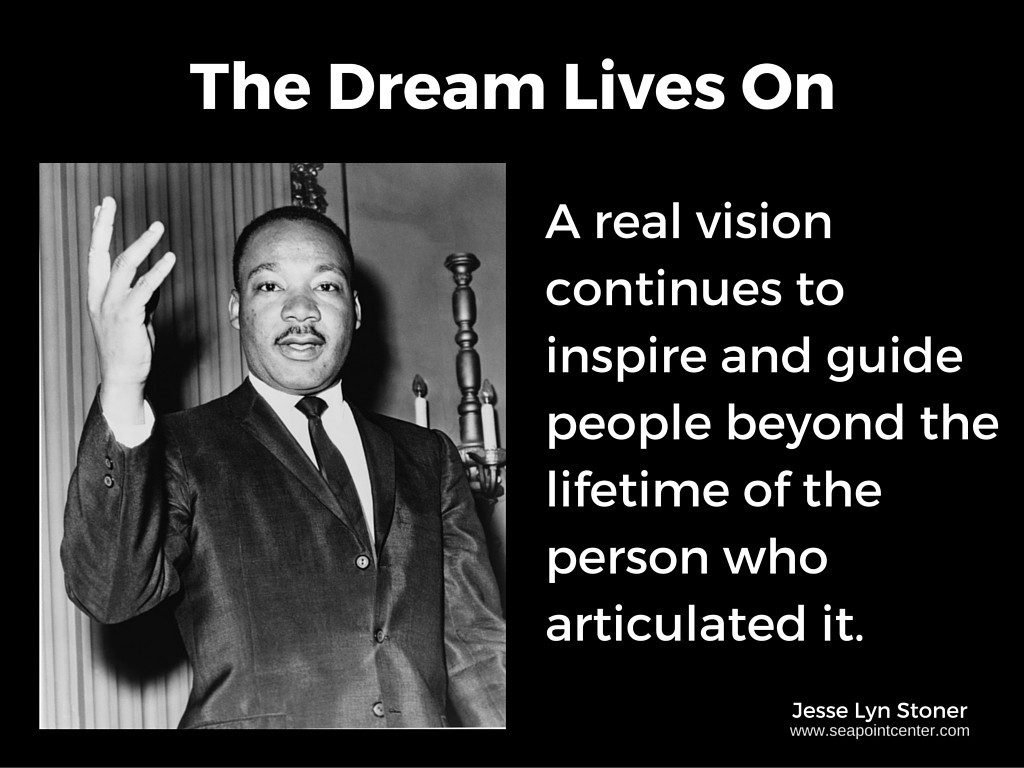 Newton’s First Law: An object at rest stays at rest and an object in motion stays in motion with the same speed and in the same direction unless acted upon by an unbalancing force.

In other words, you might think your vision is a good idea, but unless it is strong enough to unbalance the status quo, nothing will happen. Too many dreams are never put into action because they are not grounded in reality. This is true for organizations as well as individuals.

If you want to change direction, envision an attractive future that resonates with the hopes and dreams of everyone involved. And also take a hard look at the unvarnished truth of your current situation. Describing both your vision and your current reality creates the sense of urgency needed to unbalance the status quo and propel the change.

To be credible, you must articulate a truth that people already sense or that is verifiable. Creating a false sense of urgency will backfire as people will lose trust in your leadership.

Newton’s Second Law: The larger the object, the greater the force needed to accelerate it.

It’s hard for one person to change. It’s harder for two people to change their relationship. And it’s even harder to change a large organization. It doesn’t mean it can’t be done, but more is involved and it takes longer.

John Kotter describes 8 steps that need to be taken to transform an organization in his classic Harvard Business Review article “Why Transformation Efforts Fail.”

Newton’s Third Law: For every action, there is an equal and opposite opposing action.

The harder you push for change, the stronger the opposing forces become. Instead of trying muscle change, take a lesson from Kurt Lewin’s Force Field Analysis and also consider ways to diminish your restrainers. Or better yet, find ways to turn restraining forces into driving forces.

And take a lesson from Aikido on redirecting the momentum of the opposing force. Be flexible and go with the energy instead of fighting it, but steer it in the direction you want. Check out Aikido master Tom Crum’s video of Aikido in the Workplace and in his Harvard Business Review article, “Stress Can Be a Good Thing If You Know How to Use It.”

Martin Luther King, Jr. and The Physics of Change

An unbalancing force occurs from the tension generated when enough people realize that the current situation is no longer tenable and also believe in the possibility of a more desirable place to move toward.

In this except of Martin Luther King, Jr.’s “I Have a Dream” speech, you can see how he generates tension by contrasting powerful pictures of a desirable future (in blue) with the unvarnished truth of the current reality (in red).

I have a dream that my four little children will one day live in a nation where they will not be judged by the color of their skin but by the content of their character.  I have a dream today!

I have a dream that one day, down in Alabama, with its vicious racists, with its governor having his lips dripping with the words of “interposition” and “nullification”–one day right there in Alabama little black boys and black girls will be able to join hands with little white boys and white girls as sisters and brothers….  we will be able to transform the jangling discords of our nation into a beautiful symphony of brotherhood.