Develop Your Team – The Truth About the Bell Curve

Vision is about serving.
The Physics of Change 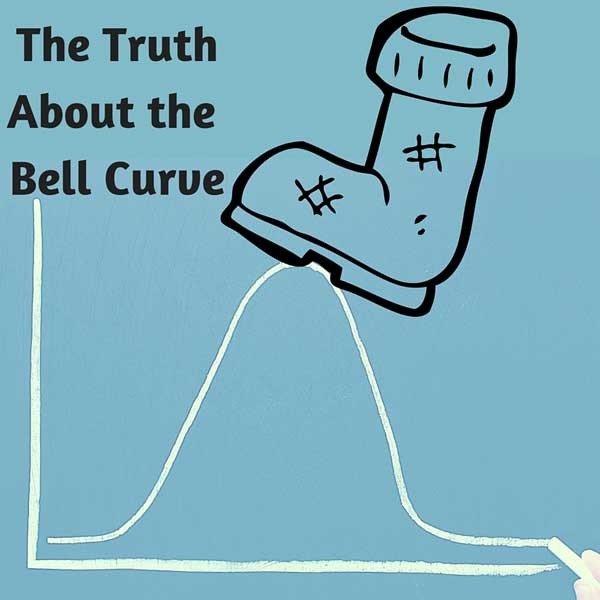 But when it comes to performance, the truth is the bell curve only exists if you believe it does.

Robert Rosenthal and Lenore Jacobson showed this 50 years ago. In their famous study, they gave students IQ tests to predict their ability to achieve and then shared the results with their teachers. As expected, students who scored the highest, had achieved the most at the end of the school year.

However, the IQ scores had actually been assigned randomly and had nothing to do with the students’ true potential. This became known as the “Pygmalion effect.”

There have been many studies over the years that support the conclusion that although formal intelligence might be distributed on a bell curve, the potential for achievement is not.

When managers believe a direct report has the potential for high performance, they become more invested in that individual. They are more attentive, more encouraging and provide opportunities and resources as needed. In other words, managers naturally become invested in developing their team.

It makes sense (cents) to develop your team.

Offering development opportunities is a key driver of employee engagement across the board. And according to a large global study, it is so important for millennials, you will quickly lose them unless you give them the opportunity to grow and learn.

It costs a lot less to develop your team than to hire externally. It’s estimated that finding, hiring and fully training a new employee usually costs about 1.5 to 3 times their salary.

Recent research shows that although external hires get paid about 20% more than internal employees who do the same job, they get lower marks in performance reviews during their first two years.

Development must be a key responsibility of every manager.

Managers need to understand that developing their team is as important as delivering results.

It’s not enough to simply send people off for some courses. Development is about what happens on the job every day.

Too many talented individuals get missed when managers are not paying attention to their people. Unless you have a mindset that it is important to develop your team, you will lose some of your best people before you even notice them.

A “sink or swim” attitude doesn’t work. Young people entering the workforce, no matter how good their education and no matter how bright, need to be supported in learning how to execute their job responsibilities, how to navigate the system and the informal practices embedded in the culture.

Those who are recently promoted or have been transferred to a new position need support in getting up to speed with their new responsibilities as well as how to work with their new team.

Don’t overlook the “sleepers,” people who are quietly doing their job unnoticed. There have been many cases where people who have been overlooked for years, when put in the right positions and with the right support, have provided the leadership that was exactly needed.

Toss out your assumptions about the bell curve. Have you really given everyone the opportunity and support they need to develop?

When managers understand that building capabilities is as important as delivering results, you won’t be forced to look outside for winners – you’ll have a ready pool of talent within.

Vision is about serving.
The Physics of Change