The Process is as Important as the Product: 7 Tips to Manage Both 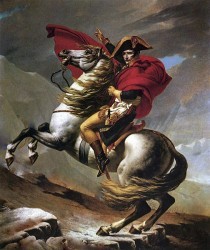 Imagine leading the charge into battle and at the crest of the hill, turning around and discovering there are no troops behind you. This was the situation the leaders of Southern New England Telephone Company (SNET) faced in 1994 when Connecticut deregulated the local market.

SNET had been thrown into uncharted waters as Connecticut was the first state to open its telecommunications markets to competition, more than a year and a half before the United States Congress passed the federal Telecommunications Act (1996).

Having had advance notice, the leaders had worked diligently with a top consulting firm to create a comprehensive strategic plan that would make them competitive. It involved restructuring into wholesale and retail operations and providing an array of new retail services.

However, a few months before the “go live” date (July 1), during a day-long meeting, the officers of the company realized the people who would need to implement the plan were ill-prepared. They did not understand and were not committed to the significant changes that would be needed in their attitude and behavior if the company were to become a competitive retail service provider.

The officers realized that unless they did something drastic, the competition was likely to eat their lunch.

They immediately began a high-involvement initiative aimed at engaging a “critical mass” of the employees, including the union leadership, in confirming the strategies, in identifying a vision of the new culture and the values needed to guide behavior and decisions, and in identifying roadblocks that needed to be removed.

Fortunately the leaders had taken a look behind them and noticed the troops were doing business as usual before they led the charge. But even so, it now required a lot of time, effort and angst in the eleventh hour.

Why did they find themselves in this difficult situation?

The officers of the company had done their planning in isolation, not asking for input from those outside their “tower,” and they had neglected to consider how they would transform the sleepy monopoly culture into a customer-oriented culture.

If they had involved wide representation of management and front-line workers during the earlier planning process, their people would have joined them on the journey from the beginning. Not only would there have been better understanding of the strategies throughout the company, the officers would have gotten good input on feasibility of the strategies and what would be needed for successful implementation.

Why did the eleventh hour initiative make a difference?

The officers approached the situation in a completely different manner than they had during their previous planning effort.

They had the courage to ask their employees, “Do you think this plan is a good idea? What do we need to do to make it work?” And then they listened and trusted that their people would know best what was needed.

7 tips to help ensure the troops will be behind you.

It’s a balancing act. If you are too process-focused, you are in danger of losing momentum. If you are too results-focused, you are in danger of losing your troops. The key is to involve people as early as possible in order to create a “critical mass” of support while continuing to moving forward. Keep these guidelines in mind: