What Happened to Vision? Your Thoughts?
Diagnose and Cure Team Drift 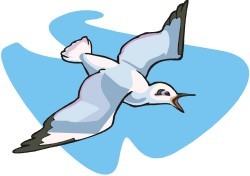 The friendly gentleman sitting next to me on the airplane said:

“I like my boss because he is genuinely interested in me and what I’m doing.  He doesn’t just ask generally how things are going, he says, ‘how’s the [specific] project going?’ I know he’s paying attention and cares. When I first started working for him, he told me ‘you are going to make mistakes. It’s not avoidable. The only thing I ask is when you make a big mistake, let me know early on so I can run interference and so we can learn from it.’ I have a lot of latitude to do my job the way I see fit.”

Lucky for him, I thought. That’s a great boss.

In my travels I have the good fortune to talk with people from around the world. When they hear I work in leadership development, it’s not unusual for them to tell me about their own boss.

“My last boss was not so great. He was as unpredictable as the weather in New England. That was really hard.”

I had to laugh. What a great term to describe the fatal flaw that kept this boss from being effective:  a New England Weather manager. (In New England we say, “If you don’t like the weather, wait a minute.”)

Microwave Manager: “You have to be careful around Bob. He’s a microwave manager.” (When I asked what they meant, they explained that if you put the wrong thing in a microwave, it blows up.)

White Rabbit: “Everything with Gayle is a rush. We call her ‘The White Rabbit.’ And because we get our assignments at the last minute, we’re late before we’ve begun.”

Tight Underwear Manager: “Peter is so uptight. It sucks the fun out of every project. I think his underwear is too tight.”

Climbing the Ladder Manager: “He was more concerned about how he looked than about what we were doing. All he really cared about was climbing the corporate ladder.”

Alta Cocker: “Marvin’s an alta cocker. He tells us he’s too old to change and we’ve got to figure out how to adapt to him.” (If you don’t know what that term means, it’s Yiddish. Check it out.)

Seagull Manager: “He’s usually off flying around somewhere, but every once in a while, he swoops in unexpectedly, makes a lot of noise, dumps a load, and then flies off again.”

After I finished laughing at the gentleman’s description of his last boss, I asked him, “What about you? What kind of leader are you?”

He paused a moment and said, “I hope I am the same kind of boss that I want to have as my own boss.”

Do you know how your people describe you?

Are you the kind of boss you’d like to have as your own boss?  … or do your people have a special term to describe you?

How are you going to find out?

What Happened to Vision? Your Thoughts?
Diagnose and Cure Team Drift