Growth occurs at the edge of your comfort zone
Accuracy on the Internet: The Price of Freedom is Personal Responsibility 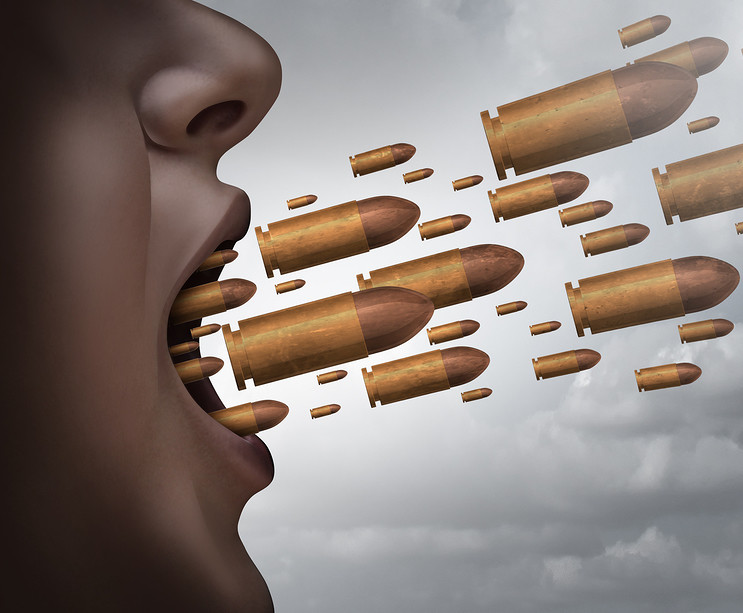 Larry was clearly angry. Carl had used his tools (again) without asking, and even worse, hadn’t returned them (again). Larry told me he had given Carl some “tough feedback.”

He told Carl that he was self-centered and insensitive, and in the future he needed to ask for permission before borrowing anything.

He was surprised and indignant that Carl got angry with him.

Larry didn’t understand that telling Carl off is not “giving feedback.” It’s simply criticism. Setting boundaries around what Carl can borrow is a reasonable thing to do. But that’s not “feedback” either.

Feedback is providing information about your reaction to a product or to a person’s actions, to be used as a basis for improvement. Criticizing and setting boundaries are solely for Larry’s benefit, not Carl’s. Larry might have felt better by blowing off steam. But in the end, it did not lead to a satisfying conversation or resolution to the problem.

If Larry had really given feedback, it’s more likely he would have been heard and have gotten a thoughtful response.

Feedback Is Meant to Benefit the Receiver

The purpose of feedback is to provide information that can be used for improvement.

When someone is unaware of the effect they are having on others, feedback gives them an opportunity to self-correct so their behavior matches their intentions. It helps them be more effective in achieving what they desire.

Feedback to companies helps them improve their products and services and retain customers. Complaining to a customer service rep who is not empowered to do anything is a waste of your time and energy because your information does not get heard within the system and therefore cannot be used for improvement. You might blow off steam at the rep, but that is solely for your own benefit.

1. Be descriptive, not evaluative. Judgmental words, like selfish and insensitive, make people defensive, and it is difficult for them to hear what you are saying. When you simply describe what happened, without evaluating, it creates space for them to come to their own conclusions. Even when someone does something well, it is much more helpful to be descriptive about what they did than to say they were good, great, or terrific. Tell them what they did that was terrific so they know what to repeat.

2. Be specific. Telling someone they are “dominating” is not as useful as saying, “You ignored my comments and interrupted me several times. I was frustrated because I felt like I either needed to confront you or be silent, and I didn’t want to do either.” Dominating can be confusing because it means different things to people. A clear, specific description of what occurred provides a basis for an open discussion.

3. Describe your own reactions. Don’t speak for others. You might share what you have heard or observed from others if you are willing to name the individuals. But it is a slippery slope when you speak for others. Be careful about attributing to a group of people. You might be wrong. What you know for sure are your own reactions, and you are most effective when you focus on that.

4. Consider the needs of the receiver. Is this something that will benefit them? Feedback can be destructive when it serves only your own needs. If you’re only giving feedback to make yourself feel better, think twice about it.

5. Direct feedback toward behavior the receiver can do something about. It’s not helpful to give feedback on a shortcoming they have no control over.

6. Useful feedback is solicited, not imposed. At the very least, ask if they are open to getting some feedback before you begin.

7. Timing is important. Generally, feedback is most useful at the earliest opportunity after something occurs, depending on the person’s readiness to hear it, support available from others, etc.

8. Find out if your communication was clear. Feedback is not always heard the way it was intended. One way to find out is to ask them to rephrase what they heard from you.

9. No expectations. Even when you follow all these guidelines, your feedback still might not be what the receiver wants or needs at the moment. There should be no expectation the other person will change. Your feedback is simply a gift. It’s up to them to determine whether or how they use it.

Growth occurs at the edge of your comfort zone
Accuracy on the Internet: The Price of Freedom is Personal Responsibility