The Space Between Coaching and Delegating 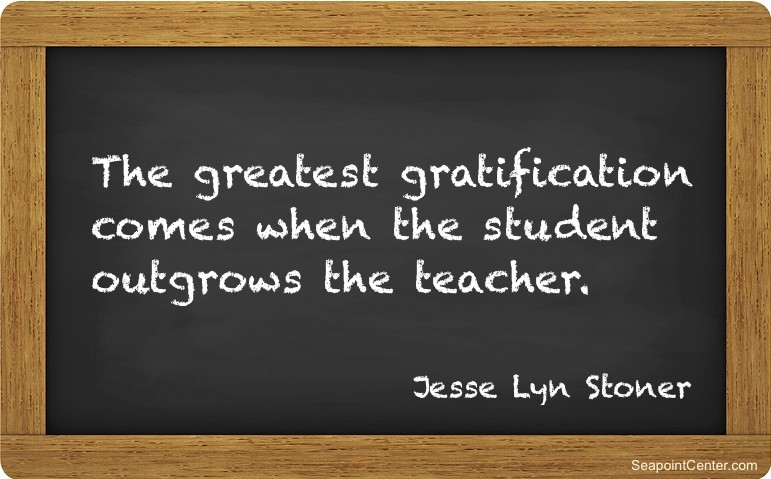 When managers coach, everyone benefits – you, your team and your company. It’s especially helpful when people are taking on new responsibilities or are stuck. Your efforts are appreciated and it’s gratifying.

But there comes a time when a shift in the coaching relationship needs to occur – where you let go of actively advising them, and they take the lead. It’s what I call the bicycle moment.

Do you remember learning to ride a bike? Most of us had someone big running next to us, holding onto the fender, supporting us while we peddled. And at some point they let go. If you were like most of us, you continued for awhile and then fell. Where was the big person? Still there, watching from behind. They came to where you were sitting on the ground, praised your accomplishment and encouraged you to get back on the bike. Did they put the training wheels back on? Probably not.

This is the moment of shifting from dependence to independence. And as a manager, you must move into the space between coaching and delegating. You no longer actively coach, but you’re still there. It’s not time to delegate yet. You continue to watch – but from a distance.

This is the space between coaching and delegating. And it’s a critical point – it is the moment of empowerment. As a leader, if you don’t support their making that shift, your people will remain dependent on you.

How do you know it’s time for the bicycle moment? Ask these four questions:

This is the most difficult transition because it means a huge shift in your role. You don’t actually stop coaching, but you change what coaching looks like.

When there is a problem, instead of telling them what you think, you keep your opinion to yourself and ask them questions like:

Instead of advising, your time is spent listening and reflecting. You focus on helping them find their own answers, even if those answers are different from what you would do.

The goal is not to keep people dependent but to give them wings. And your gratification will now come, not from being the wise advisor, but from watching your team soar.

Photo credit: Jesse Stoner | The space between coaching and delegating.