The 12 Team Skills of Brilliant Teams

Looking for Vision? She's Out Walking the Streets in Stilettos
9 Tips to Increase the Likelihood You'll Be Heard 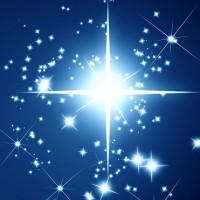 When Casey got the award at the annual meeting, no one was surprised. He was a marketing genius, and his team’s success was unparalleled in the history of the company. He was clearly a rising star.

The problem was, his fellow team members thought he was a pain in the neck. He wasn’t a team player, he didn’t share information and he kept recognition for himself.

Although aware of Casey’s lack of team skills, senior management was pleased with the results he delivered, and they were afraid that expecting him to be a team player would dampen his brilliance.

A team can have both brilliant players and great teamwork… if the team is not built around an individual, if team-oriented behaviors are expected, and if the team is held accountable and recognized for its results.

Take a lesson from Red Auerbach, “the most successful team official in NBA history,” with 16 NBA championships during his tenure. Auerbach redefined basketball to become a game dominated by team play. Although he moved the emphasis away from individual accolades, many of the players he groomed were inducted into the Basketball Hall of Fame, including Bill Russell, Dave Cowens and Larry Bird.

Under Auerbach’s guidance, players discovered that their own brilliance increased when they supported each other’s brilliance and that the team performed at a higher level.

Practicing these 12 team skills will make your team stronger while allowing your own brilliance to shine:

Looking for Vision? She's Out Walking the Streets in Stilettos
9 Tips to Increase the Likelihood You'll Be Heard