How To Write a Mission Statement in 5 Steps
The Most Important Risk in Life: Be You 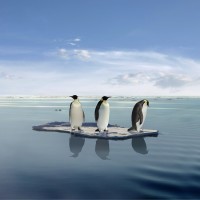 Did you ever watch in dismay as a good team began to make a series of bad decisions?

It can happen with any kind of team – a work team, sports team, political team, or volunteer team… in any kind of setting – business, government, school, non-profit.

Here’s what happens: The team starts off enthusiastically and moves ahead quickly. Things seem to be humming along, and then, bam! They make some terrible decisions, things come to a screeching halt, and everyone wants to jump ship.

If you’ve ever been a member of one of these teams, you know how devastating it is for all involved. If you wondered what happened, you might find some clues here.

More importantly, if you are currently a member of a team, keep in mind these 7 reasons why good teams make bad decisions to give you an early alert when you’re heading for trouble.

When forming a team, it is important to make sure “the right people are on the bus” with access to the information and expertise, resources and support the team needs. They need to have representation from those who will be affected by the team’s decisions, those who will be charged with implementation and those who will use their services. Teams that work in a vacuum are in grave danger of making decisions that seem smart, but can’t be implemented effectively.

Recently I worked with a fundraising team that was trying to recover from a poor decision. They were a team of volunteers, which often is an excellent way to form a team because everyone who joins is interested and committed. But unfortunately, none of the volunteers had expertise in fundraising strategy. Eager to move forward, they had initiated an email campaign with poor results. Unfortunately, no one had known to say, “Wait a minute. It’s not a good idea to send emails to people who are not familiar with our project asking for a donation without first building awareness and excitement about our project.”

2. Communication Channels Are Not Open

Leaders need to make it ok for people to voice their opinions and team members need to have the courage to speak up, or your team may tacitly approve bad decisions. Poor decisions occur when one or even a few team members have important information but aren’t heard because their style of communication is ineffective, because others are not listening, or because there is no means to communicate their concerns.

When information must pass through a chain of command, decision-makers don’t have direct access to those with expertise. Analysis of the Space Shuttle Challenge disaster revealed that engineers’ concerns about the O-rings were not communicated adequately as they were passed up the chain of command.

When it is unclear how a decision will be made (whether by consensus, majority, or by the team leader) or when the decision is not put on the table, often the loudest voice carries the decision, not necessarily the wisest voice or even one that represents the best thinking of the team.

We have all had the experience of being in a hurry and making a decision we later regret. The same thing can happen with teams. It’s important to be aware of the potential for bad decisions when under an intense deadline, and it needs to be okay for someone to raise a flag and call a timeout. A common practice for sports teams, all teams need to have a “timeout” norm in place.

Lack of understand why you are engaged in the project or activity, what results you are seeking or what success looks like will torpedo a team because there is nothing to guide decision-making. I recently worked with a company that had invested a significant amount of money in rolling out a training program in “mindfulness.” They had heard that Google and other companies were doing it and had decided to jump on the bandwagon. A year later, nothing was different in the company, and they decided that the program hadn’t been any good.

Looking into it, I discovered the program was actually a fine program. The real problem was the company didn’t have a clear reason for implementing it, and it wasn’t linked to a business strategy. Instead of selecting a program that sounded interesting, they should have first identified the business result they wanted to drive, and then selected a program that would support it.

When the values are not articulated, individuals are left to their own devices to determine which values should guide them, which is the reason I fired my lawn service.

The Costa Concordia disaster occurred because the captain thought putting on a good show was more important than safety. This would never have occurred on a Disney cruise ship. Disney has articulated that their number one value is safety, and the show is their number two value. Their values are included in their orientation process and are embedded in their communication and accountability systems.

Groupthink occurs when the desire for harmony causes team members to withhold their good thinking. Irving Janus described how the pressure for consensus in the Kennedy administration led to the Bay of Pigs fiasco.

High performing teams are not afraid of conflict. Yesterday a colleague confided in me that he knew the team leader was making a bad decision, but he had already voiced his opinion once and was not going to push back on the decision. He felt it would jeopardize his relationship with the team leader.

How To Write a Mission Statement in 5 Steps
The Most Important Risk in Life: Be You