What If You Changed and No One Noticed? 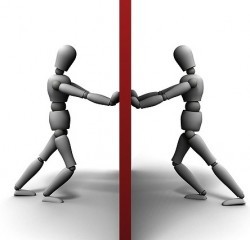 Have you ever tried changing a behavior and no one noticed you were different? It’s not uncommon.

Jim was a “hands-on boss.” He had high standards and his team performed well. However, they depended on him for almost all decisions, and as a result he worked long hours and on weekends. The eye-opener came when he missed an important baseball game where his son scored the winning run. His kids were growing up fast, and he was missing out. He knew his people were capable of more, so he began delegating and stopped checking up on them. As the weeks passed, he was surprised that his team kept knocking on his door and his phone kept ringing.

Colleen was constantly complaining about a man in her department who often didn’t follow through on responsibilities. After getting feedback that her teammates thought her negativity was the major problem on the team, she stopped her complaints. She was surprised that during breaks, these same teammates started bringing up the subject of the latest problems with this man, almost like they were enticing her to jump back in the fray.

Has this ever happened to you? Did you ever get feedback that you were too critical or didn’t listen enough or were not a team player… changed your behavior, and it didn’t make any difference?

Why does this happen?

As the forces of physics push back on us, we can come to believe that change wasn’t possible and slip back into our old patterns.

It can feel like an “either/or” situation – either resist or revert. Resisting wears you out and is not sustainable over the long-term. But instead of giving up, here are 5 things you can that provide support for change: