Let's Stop Confusing Cooperation and Teamwork with Collaboration
A flawed, even fatal, strategy: Leaders who make all the decisions 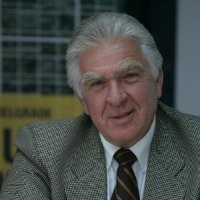 I first became aware of Les Hayman in July 2012 when I read his excellent guest post for Gurprriet Siingh – “Transforming HR – How a CEO did it.” Les was uniquely qualified to write this post. Having served as Chairman and CEO of SAP EMEA (Europe, ME, and Africa) and President and CEO for SAP Asia-Pacific, and a member of the SAP Global Board, Les was asked to delay his retirement for two years to take on the role of Global Head of HR, responsible for all of SAP’s Human Resources activities worldwide.

I was quite impressed with his astute observations and the lessons he shared, and I immediately subscribed to Les Hayman’s Blog. As a regular reader, I have great appreciation for his philosophy and ability to translate his 40+ years of real-life experience into relevant practices. His blog is a gift to us.

Recently I invited Les to write a guest post from the other side of the equation – rather than what HR can learn from a business perspective – what business leaders can learn from an HR perspective. I am delighted and honored that he accepted my offer and that I am able to share his wisdom with you here. You’ll find much practical advice, whether you are a CEO or desire to be a better leader at any level.

What I Wish I Knew as a CEO – Les Hayman

In 2001, when I had actually decided to retire from “corporate life”, my company asked me to consider a change in direction, rather than a departure, by taking the role of Global Head of HR. I felt at the time that this was an unusual request as, after having spent the first 12 years of my working life as a “techie” (Programmer to Analyst to IT Manager), I had spent the next 25 years in sales and business management, my last such role as the President and CEO of a 15,000 person, €5 Billion EMEA based business unit across 25 countries.

To me, being asked to run HR was somewhat akin to someone asking Atilla the Hun to look after the Vestal Virgins.

The logic of the board which was put to me at the time was that, of all the board members, I was the one who was most concerned about people, having been one the first executives in the company’s history to introduce elements of traditional HR programmes such as management development, High Potential programmes, succession planning, performance reviews and structured recruitment. I had not done these because I felt that they were HR programmes specifically, but because I felt that these were needed in any business, and that they were issues that a CEO should be concerned with as a critical part of his normal responsibilities.

It was not an easy job, but in the three years that I filled the role I learned a lot about management and people, and specifically about HR and why internal HR organisations can struggle to be heard and to be included as strategic partners in the business, what I call a “player.” (See “HR … Polite to Police to Partner to Player”).

Here are some of the key lessons that I learned while running the HR Organisation that would have helped me when I had been a CEO.

1.   Spend more time on making recruitment a core competency in the entire organisation. Throughout my time, when recruiting, I had focussed mainly on stealing from a competitor someone already in a role similar to the one we needed to fill, based on the fact that this would give me proven skills and hurt my competitor at the same time. It probably did in the short term, but it meant that we were often hiring for the present rather than the future. I learned two important lessons about recruitment during my time in HR. Firstly that a proven internal candidate who may only be a 60% fit is generally a better bet than an external candidate who looks like an 80% fit, and secondly that in most cases hiring for attitude is more important than hiring mainly for skills.

2.   A large number of people who move into management are not comfortable when they get there and should be given the opportunity to move back out without being penalised, or better still, can stay in a professional role rather than being pushed into management. I was surprised at the number of reluctant managers I came across. People who, because of a lack of dual career path options, had moved into a management role just to be able to get more influence, more status, greater compensation or have more say in how they spent their time, rather than actually wanting to lead a team. It is critical not only that you spend time, energy and resources in preparing people for management roles, but you must ensure that there are valid vocational career paths for professionals so that those who do move into a management role do so because they see it as a “calling” rather than  because there are no other options.

3.   There are no such things as HR problems, only business problems that HR needs to help resolve. When I first took over the HR role I was amazed at the number of projects that were underway in the HR organisation, and the fact that many of these, even if highly successful, would actually achieve little in solving a critical business need. If HR is to be seen as a serious business partner, and player, and if HR is to stand any chance of “getting a seat at the table”, it must focus on helping to solve critical business pain points. I have seen too many instances of HR people wanting to focus on the “human capital problem de jour”, driven mainly by the HR consulting companies, and HR publications, in their own quest for revenues and business success.

4.   Spend more time on underperformers. During my time as a senior manager I had allowed my own managers to be quite ruthless in their disposal of underperformers. When running HR I came to realise that if you have a skilled and truly capable approach to recruitment, if you hire people for their strengths you have no right to fire them for their weaknesses, without first making strenuous efforts to try to help them overcome these. It was during my time in HR that I developed my “ladder” as a way of making managers spend more time on identifying underperformers and helping them become more successful. (See “Move them up or move them out.”).

5.   Put less value on formal performance reviews and more on managing behaviour as a moment by moment way of business life. The challenge is to manage behaviour rather than manage people, and the best way to do this is to use every interaction with a staff member to reinforce positive behaviour patterns needed, and nip in the bud any unwanted behaviour. The formal review process may be needed for grading, goal setting, record keeping and salary changes, but too often can spring surprises for both reviewer and reviewed. It makes no sense to wait for an annual review to tell people how you view their performance, nor to get feedback on how they feel about what they are doing, their boss and the company as a whole. (See “The fourth rule of management”).

My three years in HR were a challenging, often frustrating, interesting time of learning and growth as a manager, but it was a bit unfortunate that I had to wait till the end of my career to learn these lessons. I have realised that having potential C-level aspirants spend some time in the HR organisation, or at least being asked to drive the implementation of an important HR project would add significantly to their understanding of what is needed to manage an organisation.

About Les Hayman. Now semi-retired, Les sits on several corporate boards (US, UK and Switzerland), is an advisor to governments and corporations, coaches senior executives, and is a sought after keynote speaker.

When not traveling, Les and his wife reside in the French Bordeaux countryside. You can find more of his wisdom in Les Hayman’s Blog and follow him on Twitter @LesHayman.

Let's Stop Confusing Cooperation and Teamwork with Collaboration
A flawed, even fatal, strategy: Leaders who make all the decisions