8 Leadership Skills Essential for Success in the Future
Death by Team Drift: The Slow Demise of a High Performing Team 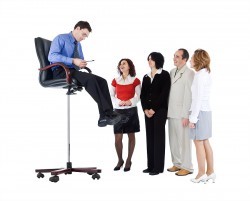 The excitement and energy was palpable. The company was poised on the brink of a transformation that would make it an industry leader.   Ready to take the leap, Richard, the president, asked me to facilitate a strategy meeting with the senior leaders.

In preparation for the meeting, I interviewed each of the five senior leaders. All quite bright and accomplished in their area of expertise, they were articulate about the issues they faced as a team and as a company, what they had done to address them and their thoughts on what needed to happen next – a high powered group.

Interestingly, however, when I asked them about the vision for the company, they each told me I should discuss that with Richard.

I interviewed Richard last. An intelligent man and passionate about the future of his company, he was quite clear about where he wanted to take the company. And he was confident that he had put together the right leadership team to take them there.

When I asked Richard to tell me more about the vision, he was surprised that his team hadn’t already clearly explained it to me.

This is the first clue that Richard was a charismatic leader, not a visionary leader.

How a Charismatic Leader and Visionary Leader Are Similar

Both a visionary leader and a charismatic leader provide a clear picture of a desirable future that inspires excitement and engenders commitment.

Both create transformational change within their organization.

Because they are so similar, it is possible to think they are the same.

The difference often doesn’t become apparent until the leader leaves.

With visionary leaders, the “glue” is the shared vision. Because the vision is understood and owned by the people throughout the organization, it continues to provide guidance after the leader has gone. Consider the seamless transition at Southwest Airlines when Herb Kelleher stepped down as president because the vision had been internalized through out the company.

Personality is not the issue.  A visionary leader might have a charismatic personality …or not.

The question is: what is the “glue” that holds the organization together?

With charismatic leaders, the “glue” is the force of their personality and their own personal vision. There is a dependency on their presence to ensure things move forward. And when they leave, the magic disappears. For example, when the charismatic chairman of Sony, Akio Morita, stepped down, Sony lost its market leadership in electronics. And Walt Disney’s death in 1966 ushered in nearly two decades of unsettled leadership.

Dependence on a charismatic leader is often the case in mid-size and family-owned businesses, where the “sparkle” is dependent on the charismatic personality of the founder. A critical juncture in the life of these organizations is whether they can make the transition from leader dependency to a shared vision…unless, of course, they are lucky enough to find another charismatic leader as a replacement.

Seven Questions to Help you Tell the Difference

This applies to leaders at all levels. Whether you are the leader of a team, department or the company, if you think you might have been holding your team together through the force of your personality, consider creating a shared vision now, in order to ensure the continuity of what you have begun.

8 Leadership Skills Essential for Success in the Future
Death by Team Drift: The Slow Demise of a High Performing Team