Death by Team Drift: The Slow Demise of a High Performing Team

Charismatic Leaders vs Visionary Leaders: 7 Indicators
Collaborate or Do It Alone? 3 Guidelines to Decide 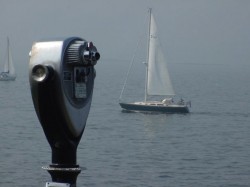 The president of the company created a multi-disciplinary task force to research what would be required of leaders in the company to be successful in the next decade. We were all pleased to be selected to be on the team. We thought it was a worthwhile project, liked and respected each other, and looked forward to the opportunity to work together.

We completed our charge within a few months, producing a comprehensive analysis that was distributed throughout the company and widely acclaimed.

One of our recommendations was to create an instrument to measure these qualities in our current leaders and for use as a benchmark for future development. Our team decided to stay together for this additional piece of work as we were invested in the project and wanted to keep working together. We added a couple of resources with the needed expertise and enthusiastically began working on the instrument.

A year later, we were still in development. Our initial research had forced us to modify our model, the development process was more extensive than we had anticipated, and we had to make cuts due to budgetary constraints.

As a team, we still liked each other, but it wasn’t as much fun working on the project anymore. Personally, I was losing interest, sensing this project was not an organizational priority. And when additional work was required, no one quickly volunteered the way we used to do. We kept plodding along, but progress was painfully slow.

We eventually did complete the instrument. It was used for a while, but never widely adopted. And today, most people in the company are not aware of it.

What was the turning point? When did our exciting project begin to fail? Could we have anticipated and prevented the slow demise of our high performing team?

Answer: There was no turning point. We had succumbed to Team Drift.

Teams quickly realize they’re off course when something big occurs, like when a new manager is assigned to the team or when a key team member leaves.

But Team Drift is different. Team Drift occurs as a result of a series of small things, each one not significant but the total of which have a cumulative impact.

Team Drift is the slow erosion over time where a once high performing team loses its focus and capabilities without team members recognizing what is happening.

Five Considerations That Could Have Prevented Team Drift

Were we guilty of continuing our team because we just didn’t want to end it?

Charismatic Leaders vs Visionary Leaders: 7 Indicators
Collaborate or Do It Alone? 3 Guidelines to Decide