How to Use Mental Imagery to Achieve Your Goals

The Myth of “Failing to Plan is Planning to Fail”
Test Your Vision: A Resource for Leaders 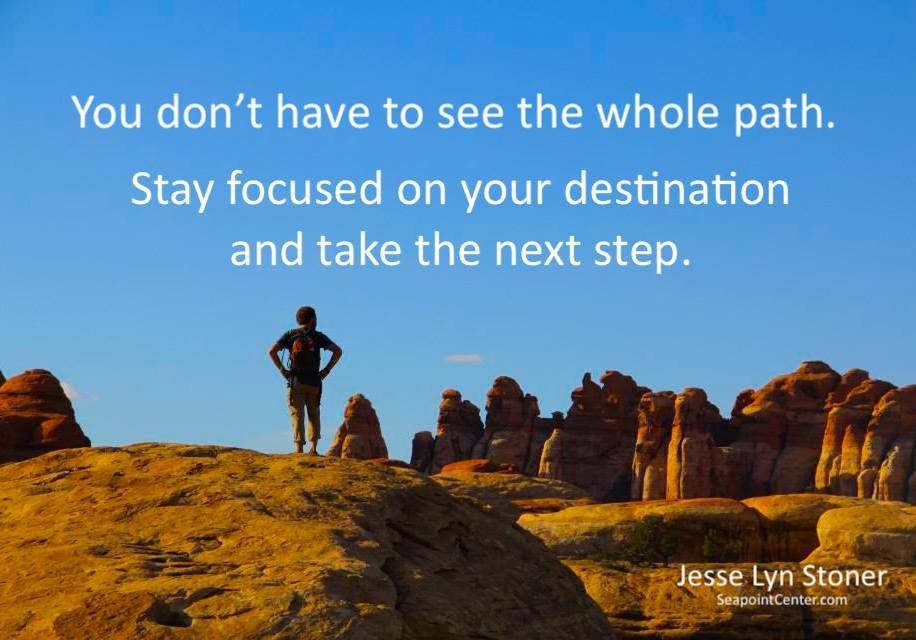 Positive thinking can do wonders for your attitude. But it won’t make a difference in achieving your goals. Instead of just thinking positively (and vaguely) about what you want to accomplish, use mental imagery to ensure your success. These 5 tips show how to get the most from mental imagery.

The power of mental imagery.

I first became aware of the power of mental imagery in 1976 when the USSR stunned the world by walking away with most of the Olympic gold medals. At first people suspected the athletes had been taking drugs, but it turned out that was not the case. They had discovered that when athletes supplemented their practice through visualization, not only were they better prepared to compete in a variety of conditions, but their motivation and self-confidence also increased.

As a result, a new field called “sports psychology” emerged. Today mental imagery is an integral part of training for Olympic athletes. According to the New York Times article Olympians Use Mental Imagery in Training, the United States brought nine sports psychologists to Sochi in 2014.

Be proactive, not reactive.

Over the years, studying vision and helping leaders in a variety of settings I learned that the real power of mental imagery comes when you focus on your destination – where you want to go or what you want to achieve.

Proactively focus on what you want instead of reactively on your problems. When you focus on problems, you are likely to discover another problem always awaits, and you move from solving one crisis to another. Instead of focusing on problems, picture the results you desire.

See it in your imagination.

A mental image is more specific than positive thinking.  Don’t just think about being great; imagine what great looks like. Create a picture in your mind – close your eyes and see it actually happening.

For example, if you want to lose weight, obviously you need to eat less. However, if you frequently think about the chocolate you can’t eat, it’s difficult to maintain motivation over the long term. Instead, picture what you’ll look like in your new jeans whenever your thoughts turn to chocolate.

Originally, sports training used the technique of “mental rehearsal,’” where the athlete visualized his or her performance during the competition. Over the years, sports trainers discovered that it was more powerful to visualize the end result— celebrating the victory or seeing yourself standing on the podium receiving the gold medal.

Close your eyes and see it happening right now. If you’re concerned about giving a speech, it helps to imagine yourself while giving the speech. But the real power is in visualizing the end result— seeing yourself getting a standing ovation at the end of your speech.

The power is in picturing the end result. The process for achieving it, the path, will not necessarily be clear.

Don’t let your fears limit the grandeur of your dreams.

When you are focused on what you care deeply about, you are less likely to let your fears and concerns limit your thinking. Focus on what really matters to you. Ask, What do I want to do? NOT What should I do?  Be creative and playful. Push yourself beyond what you think is possible. No athlete ever achieved a gold medal by going for the bronze.

Creating a mental image of where you want to go (or what you want to achieve) is only one of the three elements of a compelling vision that will guide you on an ongoing basis. In our book Full Steam Ahead! Unleash the Power of Vision we say, “Vision is knowing who you are, where you’re going, and what will guide your journey.” Knowing where you’re going means having a picture of your destination in your mind (a mental image). Knowing “who you are” means being clear about your purpose, and knowing “what guides your journey” means clearly articulating your values.  By getting clear about all three elements, you will have the key to a vision that works.

The Myth of “Failing to Plan is Planning to Fail”
Test Your Vision: A Resource for Leaders