Are You Taking Your Team to the Moon? What’s Next?

Creating an Online Community
Time for Spring Cleaning: Clean Up Your Values 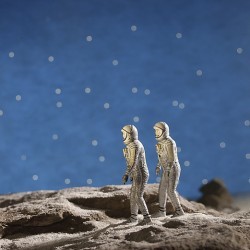 The year was 1961. President Kennedy announced the United States would land a man on the moon and return him safely before the end of the decade. He painted an audacious picture, considering NASA had not yet invented the necessary technology.  Ten years later, through focused energy, dedication and herculean effort, the team at NASA succeeded.  If you had been born by then, chances are you remember exactly where you were on July 20, 1969 when Neil Armstrong made history as the first person to walk on the moon.

The story of the Apollo Moon Project demonstrates the tremendous power released when people share a picture of what they intend to accomplish.  They are able of overcome seemingly insurmountable obstacles and achieve spectacular results.

The year was 1980. CNN launched as the first television channel to provide 24-hour news coverage.  Although laughingly dubbed “Chicken Noodle News” by many, they were undaunted. A decade later, in 1991, they earned recognition as a legitimate station during their coverage of the Persian Gulf War.  That same year, in an interview with Tom Peters, the president of CNN articulated his audacious picture for the future:  “to be viewed in every country in the world in English as well as the language of that region.”

Where are they today?

CNN:  With 25 branded networks, 47 editorial operations, and over 1000 affiliated local stations around the world available to more than 2 billion people in more than 200 countries on 6 continents, CNN is thoroughly established as a respected news station and has made tremendous strides in becoming a global network “viewed in every country in the world.”

NASA:  has never recreated the spectacular success of the Apollo Moon Project.

CNN:  Their picture of success is connected to a clear purpose: to provide news as it unfolds and ongoing recaps available for people when they want it.  CNN knows who their customers are (busy people who don’t have time to gather in front of the television at 7 pm) and provides them what they need (news on demand).

NASA:  Their picture was powerful and they achieved their goal with spectacular success. Unfortunately their purpose was not clear. What was the purpose of the Apollo Moon Project?  Was it to beat the Russians in the space race? To protect the United States through the “Star Wars” Space Defense Initiative? Or in the spirit of Star Trek, to explore new territory and boldly go where no one has gone before?

Because there was no agreed upon purpose, there was nothing to guide decision-making going forward and answer the question, “what next?”

Picture is powerful, but alone it is not enough. Link your powerful picture to purpose to provide ongoing guidance.

There is a tremendous power in creating a picture of the end-result you want to achieve.  A picture shows where you’re going.  But it doesn’t help you set goals or answer what’s next after a goal is achieved.

Did you ever achieve a major goal and after the initial glow of victory faded wonder “what do I do now?”

For power, clarity and ongoing guidance, create a picture of the end-result AND be clear about your purpose. You’ll be able to answer both “where?” and “why?”

Creating an Online Community
Time for Spring Cleaning: Clean Up Your Values