Social Media Has Redefined Breaking News – For Me Forever 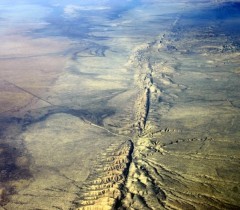 We moved from New England to the San Francisco Bay Area in the end of July. Three weeks later, I was awakened in the middle of the night by the largest earthquake in 25 years.

It felt like the house was right next to a train track and a train was going by. The vibration lasted about a minute and then stopped as suddenly as it had started. No one else in my house stirred, not even the dog. So it couldn’t be too serious, right?

Out of curiosity, I rolled over and typed “san francisco earthquake” on my smartphone. To my astonishment, an announcement popped up “San Francisco Earthquake 6.0 Magnitude – 2 minutes ago.”

People who live in California are used to earthquakes, but this was my first, and I had no frame of reference for understanding the significance, whether I was in danger, or what I should do. I needed information, but clicking around the Internet, I found none. It had only been 2 minutes, and the news hadn’t been written yet.

Now wide awake, I opened Twitter, typed “earthquake” and fortunately was immediately flooded with a stream of information – people reporting on their experiences with pictures attached, some asking the same question as me “What just happened? Was that an earthquake?” Others who were closer to the epicenter, reporting in on their experiences, many with pictures attached. Local news reporters jumped on sharing maps of the epicenter and affected areas. 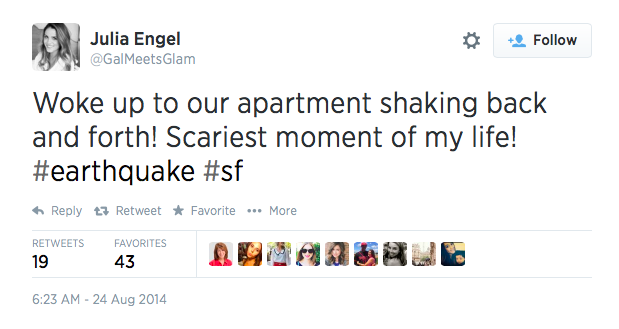 Within 10 minutes, while the news reporters were still gather information and writing stories, I had a wealth of information.

I learned the area where I live had not been seriously affected, that I was safe, and there was no need to do anything. There might be aftershocks, but they would be milder than the original. 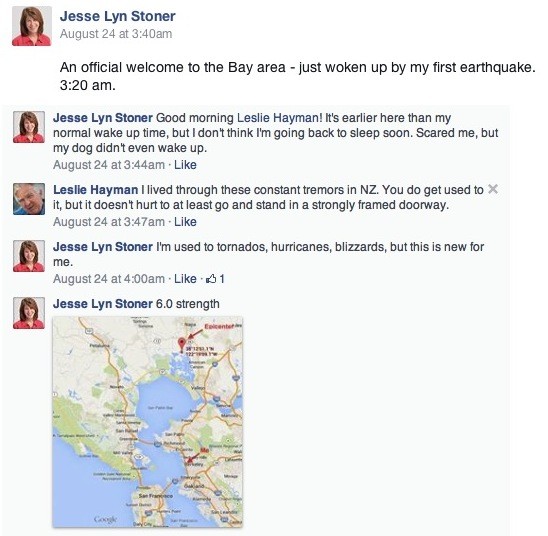 All this within 20 minutes of the earthquake, while the “news stories” were still being written.

Although I have been active on Twitter for several years and have appreciated the ability to connect with others around leadership and related topics, I had not used it as a news source before. I went to Twitter for news on the earthquake because I couldn’t find any elsewhere. I was surprised and delighted to discover the power of real-time, direct source reporting.

It occurs to me that just as CNN redefined network news in the 1980’s, social media is now redefining it once again. When we need instant information, it’s available to us directly without having to wait for someone in the middle to interpret or filter it.

Are you taking social media seriously? Traditional forms of news media are. Even National Geographic quoted Twitter as a credible news source in its report of the earthquake.

Two years ago, Mashable asked “Are Social Networks the Media Companies of the Future?” So I guess I’m a little late to the party. And if you’re not familiar with Twitter, you might be missing it altogether. My recommendation is: it’s time to take Twitter seriously. The world has gone social and if you haven’t, you will be left behind.

Note from Jesse: This post is in honor of the release of the excellent new book by my friends and colleagues Ted Coiné and Mark Babbitt:  A World Gone Social: How Companies Must Adapt to Survive.