But, what about the bird?
How to Talk about Politics at Work 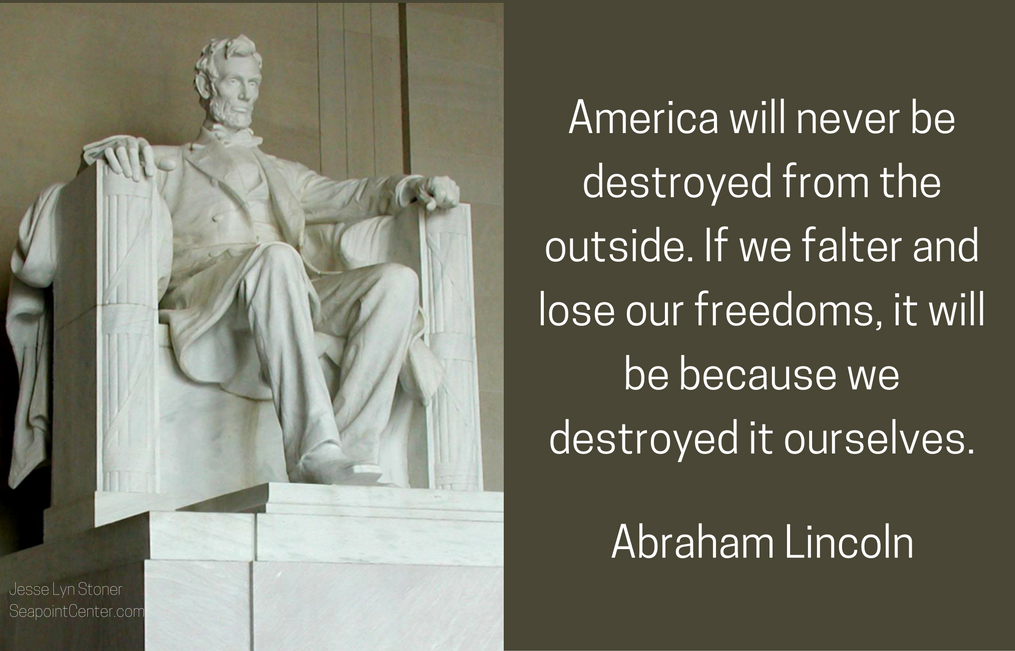 In his Huffington Post article, Alan Briskin suggests the possibility that we have “reached a nadir, a low point in our national discourse, from which we could rise.”

And with that in mind, I share these quotes from great US political leaders who offer wisdom and guidance on how we might rise and go forward together.

“There is nothing which I dread so much as a division of the republic into two great parties, each arranged under its leader, and concerting measures in opposition to each other. This, in my humble apprehension, is to be dreaded as the greatest political evil under our Constitution.”
John Adams

“The greatest good we can do our country is to heal its party divisions & make them one people. I do not speak of their leaders who are incurable, but of the honest and well-intentioned body of the people.”
Thomas Jefferson

“America will never be destroyed from the outside. If we falter and lose our freedoms, it will be because we destroyed it ourselves.”
Abraham Lincoln

“If as a nation we are split into warring camps, if we teach our citizens not to look upon one another as brothers but as enemies divided… surely we shall fail and our great democratic experiment on this continent will go down in crushing overthrow.”
Theodore Roosevelt

“Democracy cannot succeed unless those who express their choice are prepared to choose wisely.”
Franklin Roosevelt

“Let us not despair but act. Let us not seek the Republican answer or the Democratic answer but the right answer. Let us not seek to fix the blame for the past – let us accept our own responsibility for the future.”
John F. Kennedy

“What both men deplored more than the other’s political philosophy was stalemate, and a country that was so polarized by ideology and party politics that it could not move forward. There were tough words and important disagreements over everything from taxation to Medicare and military spending. But there was yet a stronger commitment to getting things done.”
Thomas O’Neil III on the relationship between Ronald Reagan and his father Tip O’Neil

But, what about the bird?
How to Talk about Politics at Work