Are You Unconsciously Perpetuating an Outdated View of Leadership? 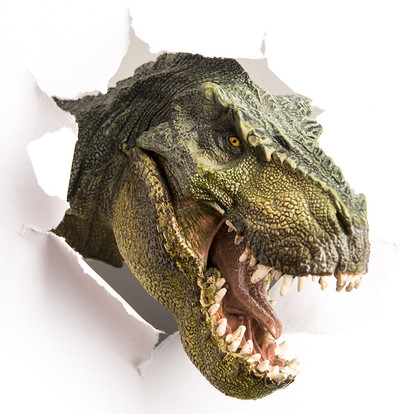 close up dinosaur through the paper wall

Although my blog post The 40 Best Leadership Quotes has had almost 20,000 views, over 1600 social shares, and many comments, no one seems to have noticed that 85% of the quotes are by women.

Since most of the “best leadership quotes” lists include less than 10% women, you might think a list of 85% would be conspicuous.

I discovered this gross imbalance in 2014 while doing an Internet search for a pithy leadership quote. As I scrolled through a list of 100 leadership quotes, I was struck by how few were by women. I did a counted and found only 7 by women.

The next list titled “Top 25 Leadership Quotes” had only one woman. With my curiosity now piqued, I clicked on nine more lists. The number of women on each list ranged from 1% to 12%.

So what’s going on?

It’s true that the most famous leaders are men. But that doesn’t explain many of the quotes on these lists.

As much as I enjoyed Ken Kesey’s One Flew Over the Cuckoo’s Nest, I never thought of him as a leadership expert. Nor do I think of James Dean as a leadership expert. If you’re going to include literary authors and actors, why not also include some of the great quotes on leadership Maya Angelou or Audrey Hepburn? And many of the quotes are marginally tied to leadership, if at all. And the WORST most popular leadership quotes consistently show up on most of these lists.

Why didn’t anyone notice?

Isn’t it odd that no one noticed my list was skewed in the other direction? It makes me think we’re just not paying attention. The people who create these lists draw from previous lists. People who use quotes simply select from the lists. The skewed representation becomes a continuous loop. And as a result, we end up perpetuating an outdated view of leadership we actually don’t agree with – that leadership belongs primarily to the realm of men.

I suspect that most of the people who created these lists, and those who use them, are not even aware of the imbalance. Nor would they support it if they were. And they want their daughters to have the same professional opportunities as their sons.

Why does it matter?

For a long time we have been aware of the impact of subliminal messages. Neuroscience shows that words and images affect our experience of reality. If you create a grossly unbalanced list or if you use several quotes in your writing and all are by men, you give a subtle message that men are the real leadership experts, which is not the reality.

If we don’t become intentional, we will continue to pass this inaccurate view of who the leadership experts are onto our children. In a recent search for “leadership quotes for kids,” the first list I opened contained 20 quotes, with only one by a woman on the list.

Do you think that doesn’t affect their attitude? On a website where kids vote on their favorite quotes, the top 20 quotes were all by men.