Is Vision Relevant in 2016?
Mindfulness and Vision are Complementary 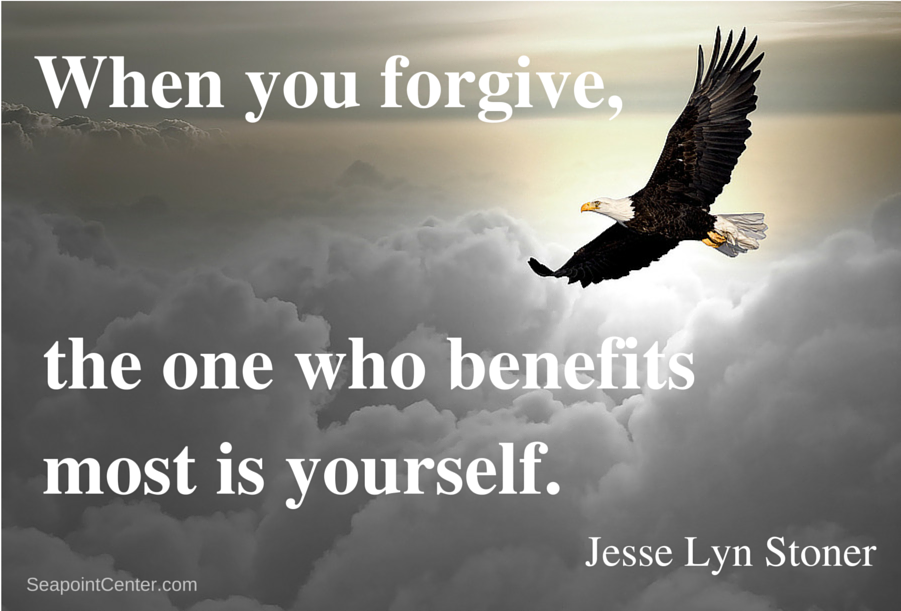 I recently sent a tweet, “When you forgive, the person who benefits most is yourself.” Someone replied, “I”ll never forgive because what they did was unforgiveable.”

I understand that feeling because I’ve experienced it myself.

When you’ve been betrayed by someone you trusted or have been injured by someone who had power over you (like your boss or parents) or have been violated when you were innocent, it can feel like you’re letting them off the hook if you forgive them. It’s like saying what they did was ok.

In fact, anger can give you a sense of power in a situation where you are otherwise powerless.

The question of forgiveness can haunt us at work and in our personal lives. It’s something almost all of us have had to grapple with in some form or another.

➤ Were you treated unfairly by your boss? Perhaps passed over for a position you deserved or unfairly judged on your performance review?

➤ Were you unfairly accused of something you weren’t responsible for? Perhaps a project went south and fingers pointed at you?

➤ Did a coworker let you down? Perhaps not following through on a commitment that left you in a bad position?

➤ Did someone you loved and trusted lie to you or worse betray your trust?

Anger is a natural reaction. It’s your body’s way of discharging the negative energy. But sometimes we don’t fully discharge and instead continue to harbor the anger, perhaps even fanning the flames.

The problem is you can get trapped by your anger, and eventually it hurts you more than it hurts anyone else.

You cannot reach your full potential if you are partially stuck in the past. Although you might move forward in some areas, a part of you stays stuck in a certain spot, spinning your wheels, going over what happened. And people who devote their energy toward making another person accountable or exacting revenge marry their misery.

“Not forgiving is like drinking rat poison and then waiting for the rat to die.”

Common Misbeliefs that Keep You From Forgiving

“If I forgive, it will mean what they did was ok. They don’t deserve to be forgiven.”

Forgiving does not mean what they did was ok. They are still responsible and accountable for their actions.

There are natural consequences for actions. A leader may forgive an employee who steals but still need to terminate their position. Someone might forgive their spouse for infidelity but still decide they cannot continue to be married.

You’re not letting them off the hook. You’re letting yourself off the hook. When your energy is focused on wanting them to suffer as much as you did, you prolong your own suffering more than theirs.

When forgiveness is present, consequences are driven by logic, not by the need for revenge. And there can be sadness without blame and anger.

“If I forgive, I’ll have to have a relationship with them.”

Actually, you have a stronger relationship when you don’t forgive because you are allowing that person to rent space in your mind. They are part of your thoughts, and it provokes unpleasant feelings. When you forgive, they stop occupying space in your mind, and you have more freedom.

Forgiveness allows you to acknowledge what happened, without getting eaten up inside.

Forgiveness allows you to decide whether you want a relationship with that person. You reclaim your power and the choice is yours.

“There must be someone to blame, and it’s not me!”

Blame is one of the biggest roadblocks to forgiveness.

You’re right. You should not be blamed for what happened to you. And if you believe someone needs to be blamed, of course, you would need to blame someone else.

But what if you took a step back and saw more of the complexity of the whole picture. What if you saw a bigger picture where each person was doing the only thing they could at the time? What if no one was to blame? What if it’s just really, really sad?

“If I forgive, I’ll have to forget what happened.”

When you forgive and see a bigger picture with a more realistic view of the whole situation, you may discover that some of the things you believed are not accurate. And that’s what you may decide to forget. For example, is that person really an evil person?

As you begin to see from a different perspective, space opens up, and you have more choice in where you focus your energy and freedom in how you live your life. 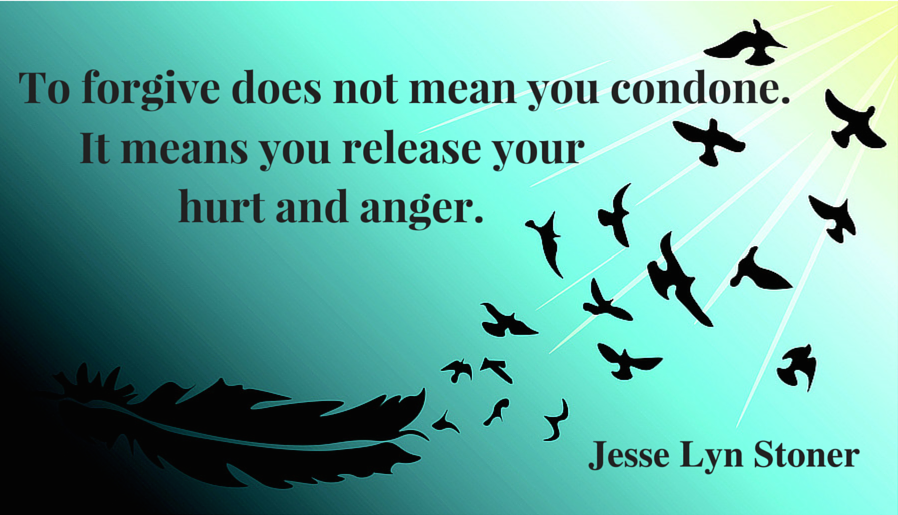 You can’t release your hurt and anger until you experience it.

It can be scary to fully experience the depth of your anger. We believe we will be overcome by it. As a child you might have been told it’s not ok to get angry.

But there’s a big difference between feeling angry and acting out your anger. It’s acting out anger that causes problems. When you allow yourself to feel angry, without acting it out, it flows through you and naturally transforms. Once your anger is released, it might lead you to a deep sadness. But it is in that well of sadness that healing begins to occur.

Is Vision Relevant in 2016?
Mindfulness and Vision are Complementary