Following the Lead of the Launch 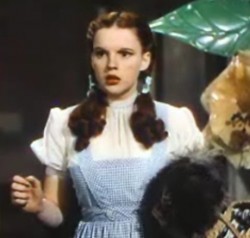 Part I: The Real Success Was Something I Hadn’t Expected reflects the events and learnings from the first week of the launch of my book Full Steam Ahead!

It’s Saturday morning after a very busy book launch week. Finally I have time to relax and reflect on my experience. I contemplate the blog I will write – how did it go, what did I learn.

An email comes in from my twitter buddy Ted Coine:

I’ve been noodling an idea for a week or two, which I’m calling “The tweet heard ’round the world.” Basically, we collect a good cadre of participants and set a time when everyone will RT one Tweet, and we’ll see if we can get 2 million “viewers.” Some friends are already signed up to help out; I’ll get more today. Would you like to be the beneficiary of this experiment?

Already surprised by the amount of support that had arisen the previous week, I am further amazed.

Early on I had decided to take an emergent, less planned approach to getting word out about the book primarily because second editions are rarely promoted at the same level as a new book, and also because I wasn’t convinced that the traditional approach was worth the time, money and effort.

At a personal level, this more organic approach works for me because it’s in keeping with the lesson I’m learning in this phase of my life, which is about “letting go.”  Letting go in a good way—letting go of planning details, letting go of being responsible for everything, letting go of being the “glue.”  A working mother needs to be all of these things, but my youngest is graduating from high school and letting go is my mantra these days.

I am learning that the more I let go, the more the universe responds, and that support arises from unexpected places.  The universe also conspires to remind me I need to let go when I forget.

I asked Ted what this was about. He explained they had been thinking about this experiment for awhile and it had just occurred to him that it would also be great to help get the word out about the book.  It sounded like a lot of fun and I threw my hat in the ring.

There were two tasks:

The decision was to track the tweet through a custom link to Amazon. We needed to ensure the link wouldn’t be dropped since that was the tracking mechanism. So we crafted the tweet so it wouldn’t make sense if the link were dropped.

No dust settles under the feet of the folk at Falcon Strategies and their co-conspirators.  The decision to do this was made on a Saturday and three days later, on Tuesday at 4:30 pm, I sent the tweet.

For the next 3 hours, twitter reverberated and my mention list overflowed.  Just before Hootsuite froze, I received the DM that caused me to begin wondering who was really leading the launch. It certainly wasn’t me!

The results are in.

Was the experiment a success?

From Ted Coine’s viewpoint, the answer is yes.  He described the experiment and the results in his post:  The Tweet Heard Round The World (take 1)

From Ty Sullivan’s viewpoint, the answer is no. His post, The Tweet Heard Around The World: Epic Fail or Success? Or Scott Stratten Kicked My Ass, begins with an apology to his followers for not explaining to them ahead of time that the subject of the tweet was a book. He got feedback that it looked to them more like a pitch for a book than an innocent experiment, and they felt used.

I was sad when I learned that Ty’s followers felt used. Was this an issue of not communicating with them ahead of time? Was it a misuse of the medium?  I wondered if there was something I could have anticipated to prevent it.

But it also occurred to me that the universe was reminding me once again that I’m not in control, and I can’t make sure that everything works perfectly. Mistakes will be made and people will get upset, even when we have the best of intentions. People didn’t like being surprised. They felt caught off guard. The feedback is a gift. It’s how we learn.

Was the experiment a success? I would say yes. The numbers are striking, we learned some important things, and, oh, did I mention it was also a lot of fun?

Which brings me to the final learning point that I listed but did not discuss in Part I:

Having been on Twitter for five months, there is much I still don’t understand: how it works, what its full potential is, what the measures are, and what all the social mores are.

But I do know that it’s about real people having real conversations, and a good rule of thumb is to approach it in the same way you approach any relationship you care about.

How is it possible to form real relationships with people using 140 characters? I have no idea, but I do know it is possible because I have experienced it.

I used to roll my eyes watching kids texting their friends.  Now I understand something I didn’t get before.  You can get a real sense of who someone is, what they’re interested in, and what their values are – not just from a single tweet, but from the patterns of tweets they send.

Now I watch my friends’ eyes roll when I mention Twitter.

And the only response I can think of is:  Take a look around. I don’t think we’re in Kansas anymore, Toto.