The Value of Vision Series – An Interview With Doug Conant

The Value of Vision Series - Mike Myatt
Looking for Vision? She's Out Walking the Streets in Stilettos

I had the pleasure of interviewing Doug Conant, newly appointed Non-Executive Chairman of Avon and the former President and CEO of  Campbell Soup, where he led the company through a dramatic transformation, reversing the declining trend in earnings and employee engagement. Under his leadership, the company generated quality sales growth and some of the best employee engagement rankings in the industry for ten consecutive years.

I am delighted to be able to share Doug’s views on vision here. ~Jesse

What do you observe about people’s attitudes toward vision these days, Doug?

One thing I’ve observed in all of my speaking, from millennials at Google to boomers at Vanguard, is that people today are less interested in the vision and more interested in “how to.”  They are trying to get a sip of water from the fire hydrant of life, and it’s washing over them.

They are overwhelmed with everything that is coming at them. They get hundreds of emails a day. They are flooded with demands. And just when they start to get out from under the pile, they get a call from school that Johnny isn’t feeling well. They are trying to push everything away so they can do their work, and they’re looking for “how to” answers like time management tricks.

So how can leaders respond to this?

We need to help them understand that managing the complexity of these multiple demands and competing priorities IS their work.

This is one of the challenges of 21st century leadership. We are living in a new paradigm, and we need to learn to deal with it. The environment is changing, and it’s demanding that we rethink the leadership model in today’s frenetic environment. But the principles hold up.

You said “the principles hold up” – what are they?

An organization needs an aspirational goal that is relevant and transformational and is about more than just “doing business every day.” Work has to be meaningful. A transcendent goal that people can connect with helps them stay engaged and motivated.

Vision itself is necessary, but it’s insufficient. The challenge for a leader is to craft an aspirational vision in a collaborative way with the organization, and also to craft a perspective of how to bring it to life in a tangible way – a path forward.

How is that different now?

In the old hierarchical model you could just tell people what the vision was. That won’t work now. We have to create a platform that is meaningful for each person.

Leaders can’t do it alone. They must do it in collaboration with their leadership team, and if they’re doing it really well, with the entire organization. The vision has to be collaboratively created and open in its architecture so people can connect with it. 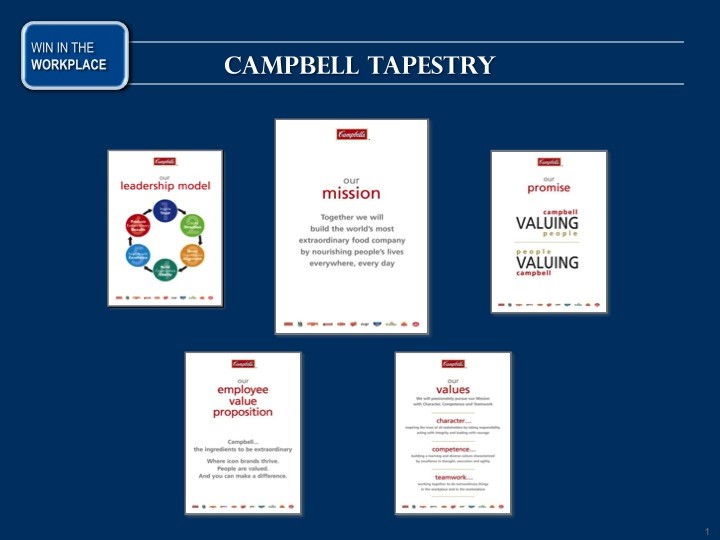 People can grab ahold of it in the way that works for them and become personally accountable. They can ask themselves everyday, “Am I operating within the spirit of the vision?”

You talk about both personal and organizational vision. What’s the relationship?

When the company’s vision is clear, you can see how much it overlaps with your own goals, values and dreams.

It’s like a Venn diagram. The overlap is where it works. If it doesn’t overlap, you’re in the wrong place.

So what about you? What’s your personal vision as a leader?

I remember years ago, my CEO of Nabisco had his executive team complete a personal style assessment. He was very intrigued by studying different thinking styles. I came out on that thinking style quiz as an “idealist-realist.” There were examples of roles for each of the thinking styles and mine was a nurse. I thought about it a bit, and it made sense to me. Nurses have a vision of serving people and society in a compelling way. But they are also willing to roll up their sleeves and deal with the blood and guts of the situation. They are there to serve and to make the world a better place, and they do it in tangible way. I now think of myself, in many ways, as a corporate nurse.

People want the idealism and also a leader who is dealing with the reality of everyday so there’s a likelihood it will get done.

And that’s what my life’s work is about now: Improving the quality of leadership in the 21st century.

Doug Conant, Founder of ConantLeadership, is the Non-Executive Chairman, Avon Products, the Former President, CEO and Director, Campbell Soup and the Former President of Nabisco Foods. Founder and Chairman of the Kellogg Executive Leadership Institute at Northwestern University, Chairman, CECP (Formally known as the Committee Encouraging Corporate Philanthropy), member of the Board of Directors, AmerisourceBergen Company. New York Times Best-Selling Author of Touchpoints: Creating Powerful Leadership Connections in the Smallest of Moments and noted Speaker and Author on the subject of leadership in the 21st century. Follow Doug’s journey on the ConantLeadership website and join the leadership conversation:
Twitter | Facebook | LinkedIn | YouTube | Pinterest | Instagram | Google+

The Value of Vision Series - Mike Myatt
Looking for Vision? She's Out Walking the Streets in Stilettos