The Death of Integrity 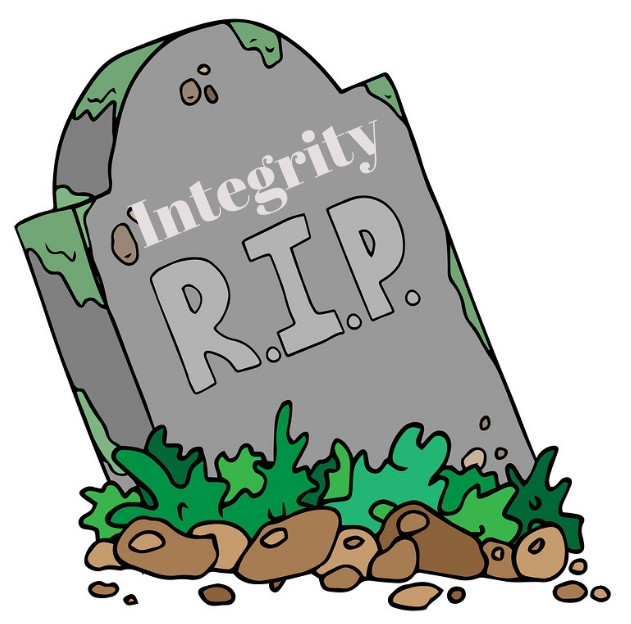 Guest post by Larry Ackerman
Note from Jesse: I am honored to host this thought-provoking article by my good friend Larry Ackerman on the Death of Integrity. So important and well-written!

I recently came across a witty line that was part of a political message: Stop truth decay! The thought has stuck with me. It is memorable and meaningful.

It is common knowledge that politics is a business that, for the most part, lacks integrity. Politicians will do or say almost anything to stay in office.

Yet, there has never been much disagreement about the facts of a given situation. You may not like them or agree with them, but they are what they are.

Recently William Falk, editor of The Week, asserted that “there’s a growing bipartisan conviction that virtually anything — lying, cheating, and spying — is justified because, well, the other tribe is so evil.”

This “anything goes” attitude has become a widespread phenomenon. It belongs to politicians on both sides of the aisle. Most striking is that the new Democratic super-star, Representative Alexandria Ocasio-Cortez of New York, is more than comfortable with this deceit. In a recent 60 Minutes interview, in response to criticism that she’s made factual errors  she replied, ‘There’s a lot of people more concerned about being precisely, factually, and semantically correct than about being morally right.’” In short, the end justifies the means. At 29, Alexandria Ocasio-Cortez may already be lost…

There is an old adage that all politics is local. Today, we can modify that and say that all politics is personal. The politicians are just the catalysts. The people who sign up for this view – that nothing matters but what we believe is the moral imperative, truth notwithstanding — spread the death of integrity.

Here’s the irony: Once you ignore the truth, and the facts that give rise to it, you lose the power of argument – the ability to put together a cogent and credible case to support your views. All you have left is opinion, mine vs. yours – a flimsy substitute for a well-reasoned claim. In essence, you have zilch.

There is nothing cool, admirable, or trustworthy about anyone who is afraid of the facts. No matter how much the truth may hurt, or not align with your priorities, it is the wellspring of integrity. Your ability to face the facts is a measure of your strength of character. And, at the end of the day, character and integrity are all you have.

Where does integrity come from?

The roots of integrity and the character it spawns are found in your identity — the unique, value-creating characteristics that define the special contribution you are capable of making in the world. Your identity doesn’t come from your affiliations, or your labels — your gender, color, sexual orientation, religion, profession, etc. It comes from the core of your being, the ‘sacred center’ of what makes you human. This center — it resides in each of us — is fueled by a “truth” about who you are that is inviolable. It is this truth that gives rise to integrity.

Having the courage to embrace the truth tells us a great deal about who we are.

As there is with all ships, each of us has a keel that keeps us steady, even in the stormiest weather. Our identity is that keel, holding us secure as we navigate our personal journeys. It ensures that we possess the wherewithal to act with integrity. If that keel is lifted, or broken, we are in grave danger of hitting the rocks, no matter where we choose to aim our rudder.

Why do we fear the truth, the facts? Are we afraid they won’t work in our favor? If so, we are cowards; we lack the very moral requirement we now blithely invoke to support our actions.

Justifying lies, exaggeration and deceit, on the grounds of some high-minded moral imperative constitutes an ethical failure on the part of the individual who claims it. Doing so marks the end of integrity, for integrity is fueled by truth, no more, no less. When truth is gone, integrity dies. 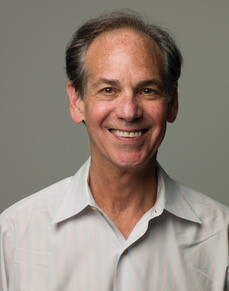 Larry Ackerman is a leading authority on organizational and personal identity, and its impact on brand, leadership, and culture. A sought-after speaker, consultant, and executive coach, his clients include AARP, Fidelity Investments, Lockheed Martin, Maytag, National Geographic and State Farm Insurance among others. Larry is the author of two groundbreaking books: Identity Is Destiny: Leadership and the Roots of Value Creation and The Identity Code: The 8 Essential Questions for Finding Your Purpose and Place in the World. Visit Larryackerman.com to learn more.

The Death of Integrity originally appeared on Larry Ackerman’s blog at The Identity Circle.