Self-disclosure, Leadership and Trust
The 4 Decision Styles: When to Involve Others in Decisions 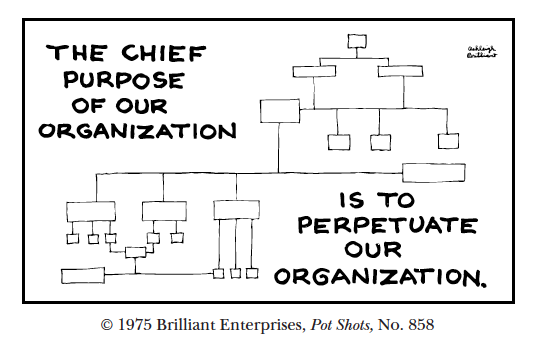 Has your team’s performance fallen off lately? Was it once exciting to be part of the team, and lately you find you’re not having fun?

Perhaps your team has succumbed to team drift. In my Harvard Business Review article, “Diagnose and Cure Team Drift,” I explain how to revitalize a formerly high-performing team that has lost its focus and capabilities.

But, before you decide to revitalize your team, there is an important question to consider.

Is it time for honorable closure?

Cultural anthropologist Angeles Arrien used the term honorable closure to describe the practice of acknowledging transitions. According to Arrien, all societies have rituals that acknowledge major life transitions such as birth, marriage, and death. These rituals are important as they provide a conscious recognition of change and support the transition.

However, there are many transitions that we fail to acknowledge and, therefore, lose the opportunity for clarity and support. This is especially true in work-related settings, with teams, projects, committees, and other work groups.

Endings are often messy. Things end abruptly, leaving people unclear about what happens next. Or the ending gets strung out over time, dying a slow, boring death. When there is no formal ending, team members begin to lose interest and interpersonal conflict breaks out.

4 questions to help know when it is time for honorable closure.

Is the meeting over?

Although the team itself is not ending, the end of each team meeting is an important moment. What will happen after the meeting? Are people ready to follow through on commitments?

Honorable closure creates focus and clarity. It can be as simple as taking a few minutes to recap decisions, next steps, appreciate what was accomplished and to thank team members.

Has the original goal been met by the team?

When you don’t put formal closure on a project that has been completed, often team members will continue to meet without a clear sense of what they are doing or why.

Hold a special meeting to acknowledge and celebrate what was accomplished. If there is more work to do, identify it as a new project. Perhaps the same people will continue, but don’t assume it. Look at the project goals, the skills required, the interest of current members, and whether additional members are needed.

Is the purpose still relevant?

Times change, and what was once a significant issue may no longer be necessary. In that case, it’s time to either refocus your purpose or use honorable closure to call it an end.

The National Conference of Christians and Jews (NCCJ) was founded in 1927 in response to anti-Catholic sentiment being expressed during Al Smith’s run for the Democratic nomination. Over the years NCCJ, realizing their original purpose was too limited, expanded their work to include more issues of diversity in social justice. In the 1990’s they changed the name to reflect their expanded purpose to the National Conference for Community and Justice.

Have the members outgrown the group?

This is a common story. The support group had been meeting for years. During that time, many of the members had matured and no longer need the kind of support originally provided by the group. However they kept meeting because they felt that quitting would be disloyal to the other members, and they liked each other. No one questioned whether it made sense to continue the group.

Eventually the group turned into more of a social group. Because the shift was never acknowledged, the members who still wanted support were disappointed, and the members who didn’t have a desire to socialize were disgruntled. Members became annoyed with each other without realizing it was a group issue, not an interpersonal issue.

Without honorable closure, we drag out endings to the bitter end.

Self-disclosure, Leadership and Trust
The 4 Decision Styles: When to Involve Others in Decisions