The Dog that Rarely Bites: A Leadership Lesson 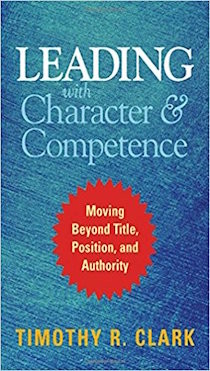 Guest Post by Timothy R. Clark, author of Leading with Character and Competence: Moving Beyond Title, Position, and Authority

When a dog bites, word gets out. You stay away and keep away. There’s no discussion or negotiating with the dog; you simply avoid the animal.

How about a friendly dog? You’ve seen what happens: Friendly dogs attract people. They can actually bring people together, put them at ease, and get them talking. It’s an odd thing, but a friendly dog can influence people to be more kind and collaborative, setting aside their natural reservations and inhibitions.

Imagine this scenario: You’re walking down the street and see a friend who says, “I want to introduce you to Chester, my new dog. He rarely bites.”

Your friend continues, “Chester is a great dog, except when there’s pressure, stress, or fear, he may bite. But don’t worry, it’s only happened a few times.”

What would you think? Is it good enough that this dog is a wonderful companion 95% of the time?

Now bring the example into the human realm. If you are a boss that only “bites” 5% of the time, that’s ok, right? I mean nobody’s perfect. Doesn’t the 95% good behavior override those rare hurtful episodes?

Unfortunately, that 5% is what rules the day, directing people toward risk management, pain avoidance, and self-preservation.

Duane Dike, the former manager of entertainment operations at Disney summed it up nicely, “Every move leaders make, every decision, every glance, every word is scrutinized, dissected, torn apart, and reconstituted in the break room. Inconsistent behavior, from good to bad and back, is possibly the worst condition of all.”

Psychological safety drives performance. When people feel safe to ask questions, share ideas, challenge the status quo, give and receive feedback, and even make bounded mistakes, it changes everything. It energizes people and stimulates creativity and innovation.

Where psychological safety is high, we call it a “blue zone” — a space that accelerates learning, incubates ideas, and allows people to own their performance.

“Red zones,” where people do not feel psychologically safe, are compliance-driven rather than commitment-driven. In a red zone, people perform far below their productive capacity.

Getting back to our analogy, the boss that only bites every other Tuesday simply can’t create enough psychological safety to build a blue zone. To the employees, the risk is too great and the stakes are too high.

Recently, I was working with a tech company in Silicon Valley, and a crackerjack software developer said to me, “My boss is brilliant, absolutely brilliant, but nobody cares because he doesn’t know how to work with people, treat people, and value people. He’s nice until he isn’t. Nobody wants to be around him. It’s too risky.”

When the fear of being bitten is replaced with the assurance that they will consistently be treated as a human deserves to be treated, people will release their discretionary efforts and performance, creativity and innovation will thrive. 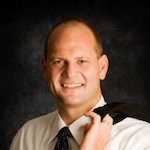 About Timothy R. Clark: Tim is founder and CEO of LeaderFactor, a leadership, strategic agility, and change management consulting and training firm, and co-founder of BlueEQ, provider of the market-leading BlueEQ emotional intelligence assessment and training. Tim is the author of four books, including the award-winning Epic Change as well as The Leadership Test and The Employee Engagement Mindset, and more than 125 articles on leadership-related topics. He recently released a new book, Leading with Character and Competence: Moving Beyond Title, Position, and Authority (Berrett-Koehler). As a consultant, coach, and speaker, Tim works with leadership teams around the world. A former two-time CEO, he earned a Ph.D. from Oxford University and was a first team academic all-American football player at BYU.