TweetChat: An Exciting New Way to Learn, Connect, and Explore Emergent Leadership
How to REALLY Listen 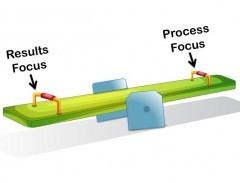 During a break in the meeting, Dan pulled me aside and whispered, “No more ‘p’ words, please.”

“You know,” he replied, “Words like process, perspective and paradigm.”

Dan is results-driven. There were way too many “p” words in this meeting for his comfort … planning … process … people … participation.

At one time or another, many of us have felt like Dan – that it is so much easier to do the work than take the time to involve others in the process of planning for the work – to just decide where you’re going and get on with it.

The problem is, when you’re a leader, you can’t just announce where you’re going and expect people will just do it. They need to get it and buy into it or they’re not likely to just do it.

When people understand and agree with your logic and it resonates with their own goals and values, they move forward on their own volition.  But it won’t happen simply because you expect it.

Guidelines for When to Pull People In

Sometimes a simple announcement can work – a clear communication that demonstrates the logic and taps into people’s hopes and desires.  Timing is important. When Louis Gertsner, Jr. finally announced his vision for IBM in 1995, everyone was more than ready. He had earned their trust by stopping the financial hemorrhaging and saving the company. His announcement showed where he wanted to take the company, and it was quickly embraced.

However, an announcement often does not work, as Jamie Houghton found out when he had to go back to the drawing board after announcing his vision in his initial attempt to rescue Corning.

1. You can craft the most wonderful solution or plan, but if you do it in isolation, you might be surprised by the lack of enthusiasm it generates. When people participate in creating a plan, they have a deeper understanding of what’s needed and are more invested in its success.

2. Involve people as early as possible in order to create a “critical mass” of support while continuing to moving forward. The planning process itself creates learning and change for those who participate in it. If you wait too long to pull people in, they will not understand the issues the way you do, nor will they share your enthusiasm.

3. Taking the time  to involve people can be frustrating when you already have strong ideas or are feeling urgency. Remember to have patience. Going slow at the beginning will help you go faster and smoother later.

4. Instead of jumping straight into problem solving or planning, first consider who needs to be at the table – who are your stakeholders, what will be required of them for implementation, and what is the best way to involve them.

5. Any plan for a new initiative, for change or for problem-solving, should include a plan for how you will inform and/or involve the people who will need to support it.

6. As you proceed, pay attention to how, not just what, you are doing.

7. Trust your people. Have the courage to ask, listen, and let go of control. You are likely to end up with better results.

TweetChat: An Exciting New Way to Learn, Connect, and Explore Emergent Leadership
How to REALLY Listen