How Positive Images (and negative ones) Shape Your Reality 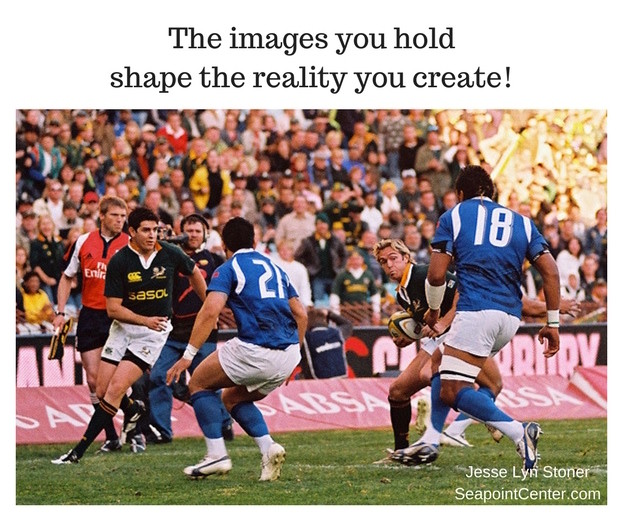 And seeing is believing! Literally. Research shows that when we see something, we are likely to believe it.

What you see shapes the reality you experience.

The problem is it’s not so easy to see positive images. On a daily basis we are bombarded with images of war and destruction in movies, on television and even in electronic games that children play. In contrast, there are few images of what world peace looks like.

And to make matters more difficult, it’s not just that we are bombarded by negative images. Our brains are hard-wired to be attracted to them. Neuropsychologist Rick Hanson explains our brains are Velcro for negativity and Teflon for positivity.

Unless we actively seek out positive images, our sense of reality becomes distorted and unbalanced. Many wonderful and powerful things are happening everyday. But we have to look for them, and we have to be willing to see them.

Leadership and the Power of Positive Images

Nelson Mandela understood the power of creating a unifying positive image. Arrested in 1962 for his role in resistance to South Africa’s apartheid policy of racial segregation, he spent the 27 years in prison. Following his release in1990, Mandela led his party in the negotiations that ended apartheid. In 1994 when he became president, the country was deeply divided, fueled by anger and desire for revenge. By all rights, Mandela himself had every reason to be angry and vengeful. However, he chose a different path.

Holding a vision of a united country, Mandela modeled forgiveness and reconciliation. With the rally call of “one team, one country,” he created an image of what unity could look like – joining the factions to together in support of their rugby team. With national attention and the support of their entire country holding that image, their underdog team, The Springboks, miraculously won the 1995 Rugby World Cup.

Although we are bombarded with negative images, we can we seek out positive examples and images to guide us toward a collective future that works for all of us. There are 7 simple things you can do on a daily basis.

1. When you notice something you appreciate, don’t just glance at it. Let your attention linger on it for a full 30 seconds.

2. Don’t participate in the “us vs. them” movement. Refuse to buy into the idea that people with views different from yours are all the same (“them”). Replace divisive images with images of community and connection.

3. As a leader, share the positive examples of what’s going right on your team.

4. Unify your team with a common vision.

5. As a parent or teacher, involve your children in positive efforts that are working to improve your community.

6. Share positive stories with your friends instead of negative ones.

7. Before you go to sleep, think of 3 things that happened during the day that you appreciated, and replay them in your mind.