What Really Happened When the Lights Went Out

It’s cold here. It’s been a week since we lost electric power in the small towns of central Connecticut. Last Saturday we were caught by a freak storm that dumped eight inches of heavy wet snow. The beautiful trees, still sporting their fall foliage, held the heavy snow on their leafy branches until they could bear the weight no longer and snapped. Huge limbs and entire trees crashed to the ground, pulling electric wires down with them. 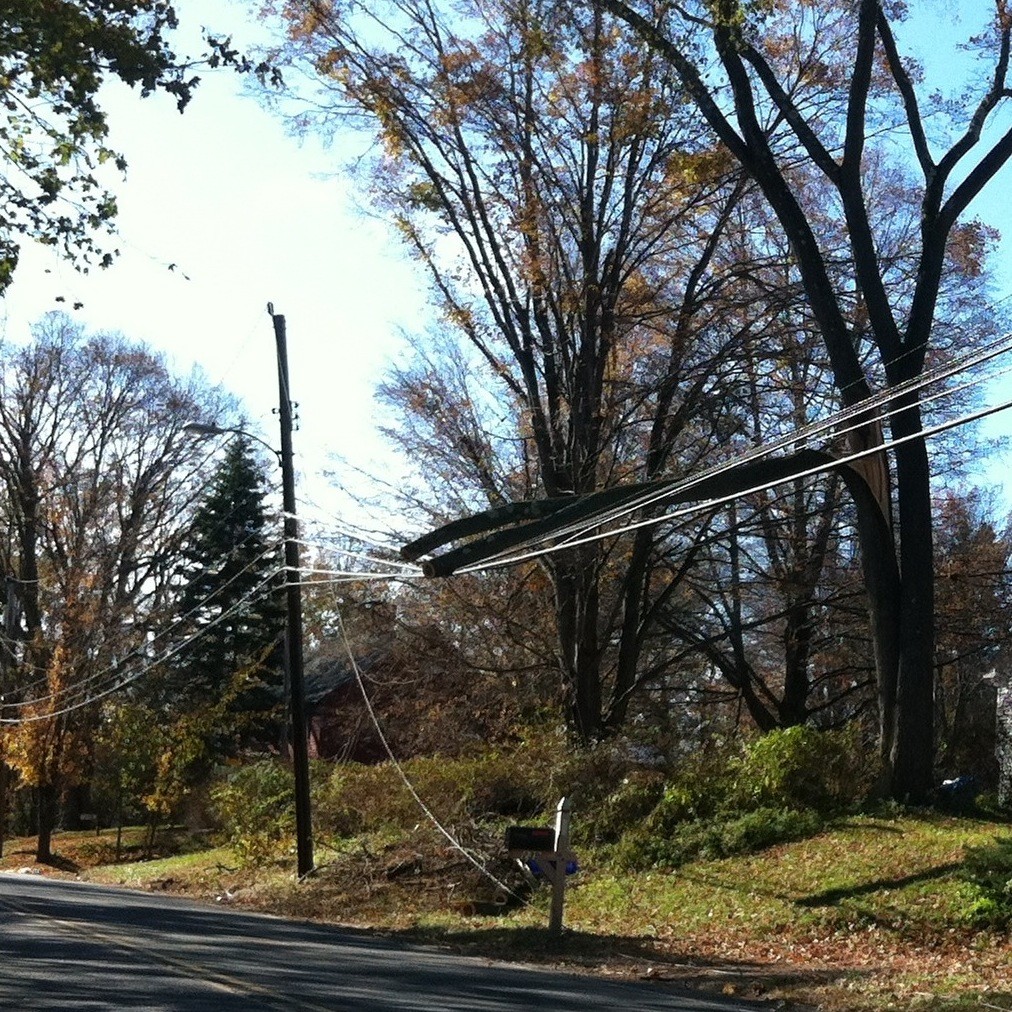 Two days after the storm, a half million people were still without power – check out the black areas on the map below.

And today, a week later, 200,000 people are still without power, my town included.

The first day after the storm, I ventured out in my four-wheel drive car in search of candles and information. Our cell tower must have been damaged because not only was there no electricity, but I couldn’t get a signal on my mobile. I slowly made my way toward a nearby shopping area, circumnavigating trees and the wires strewn across the roads, uncertain which wires might be live.  There were only a few other cars on the road, and like me, they moved slowly and cautiously. 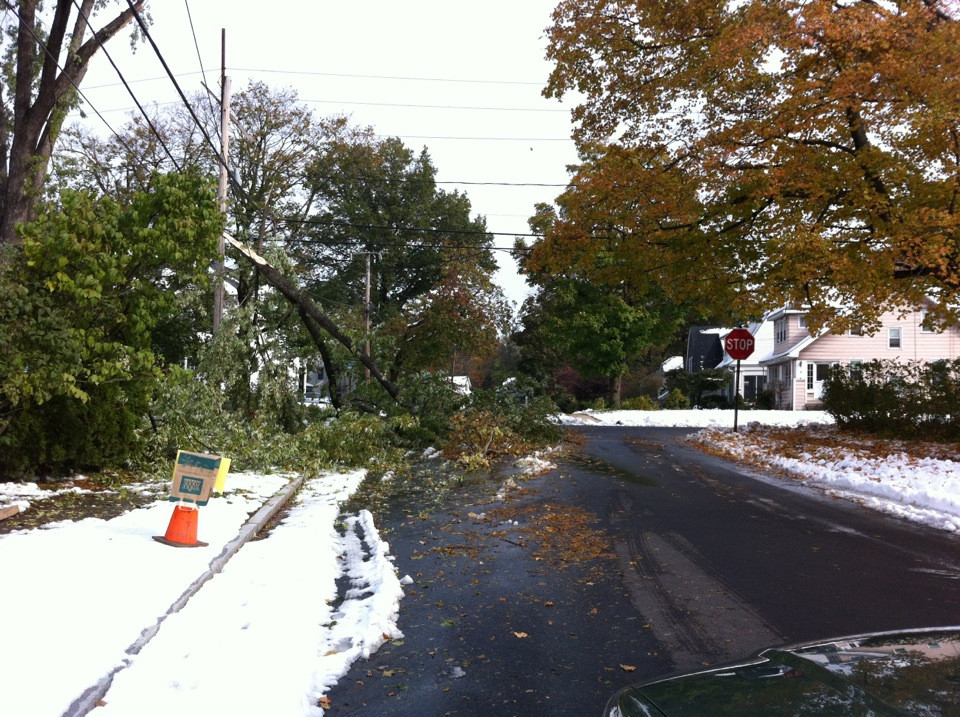 Ready to give up and turn around, I noticed several cars in front of a grocery store. Signs of life. The store had a generator and partial power – some lights, no heat. The half-lit store was eerily empty. A scattering of people perused the canned goods aisles. I picked up a few cans of soup and some candles.

In the checkout line, an elderly gentleman in front of me paid the clerk. He looked frail and not dressed warm enough for the chilly weather.  As he picked up his bags, he turned and looked straight at me, and with the kindest voice asked, “Are you ok, ma’am? Are you keeping warm enough?”

His genuine concern and caring was especially touching because I knew on any other day, we would most likely have passed each other without even making eye contact.  This is New England where people don’t speak to strangers. When walking down the street, you ignore the people you pass; and on crowded elevators, you look at the floor.

Over the next few days as more and more people ventured out, the roads began to fill with cars. Driving was slow going in the vicinity of the few gas stations that were open. Traffic was backed up for over a mile and it took me 45 minutes to get past the gas station, even though I wasn’t in line for gas.

Signal lights at intersections are out. No one is around to direct traffic. But there are no problems, even at busy intersections. Drivers approach them as four-way stops, courteously take turns. Traffic has flowed smoothly and efficiently.

This is especially striking because on a normal day around here, a left turn at a busy intersection is made at your own risk. People speed up at yellow lights and usually two or three cars will continue through after the light has turned red.

Normally if you’re trying to turn onto a busy street, you are likely to wait a long time. Now when a driver sees someone waiting at a side road, they slow down to let them in. 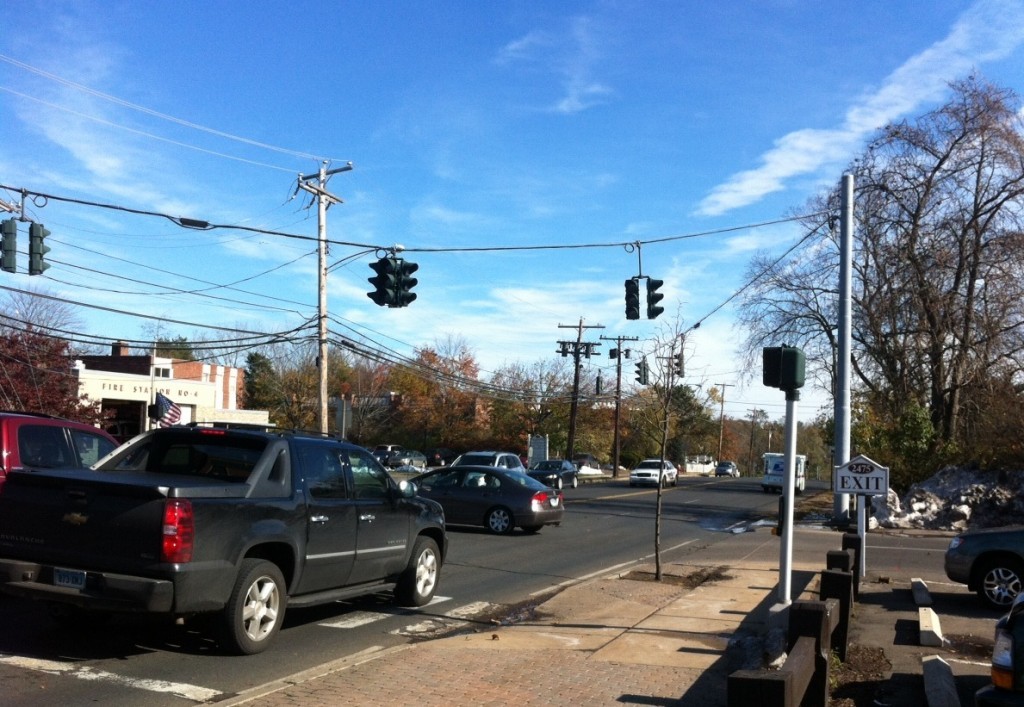 By the third day after the storm, small sections of commercial areas began to get power. Word got out that the Barnes and Noble in West Hartford center had power and free wifi. I drove over there with my laptop and cell phone, hoping to get some work done. The store was filled – people sitting everywhere, at tables, counters and on the floor, their laptops daisy chained to electric outlets.

Once again I was struck by the kindness and courtesy that filled the air. There were no “power hogs.” As soon as someone’s laptop was fully charged, they offered the plug to another.

Hundreds of school children with nothing to do all week are suffering from electronic withdrawal. It has become common to see small bands roving the streets with power strips in search of electric outlets and wifi.

A Starbucks opened and a Panera Bread, and then the local library. Each time, as word got out, the places filled with people desperate to charge their phones and laptops, but always willing to share space and outlet with others. 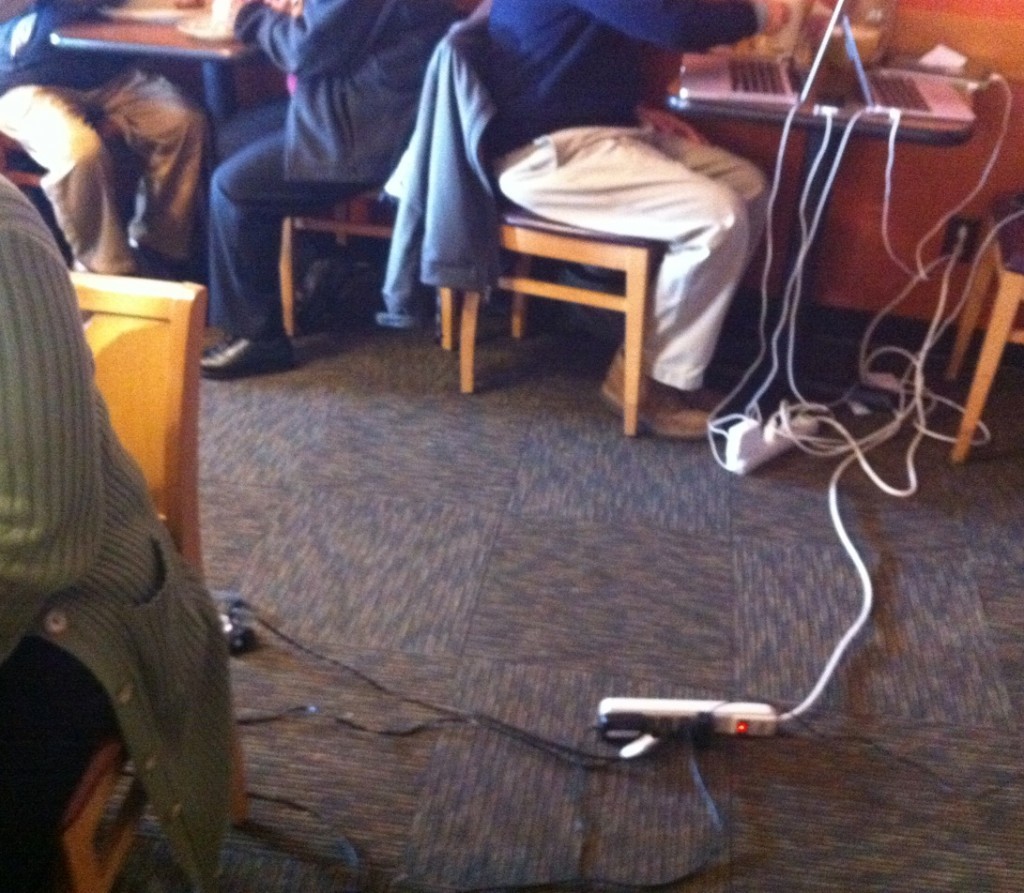 By now, most of the city of Hartford has power, and we can go there for gas, food and entertainment. Movie theaters are filled.

Shelters have been set up throughout the state.  Fortunately I’ve been able to stay home as I have a gas fireplace that provides enough heat. I’ve enjoyed the quiet evenings in a room lit by dozens of candles, reading as I sit in front of the fireplace. But I haven’t gotten much work done as it’s difficult to concentrate in the noisy Starbucks where everyone’s chatting and swapping stories.

We heard our town will get our power back by tomorrow. They’ve begun the clean up, hauling away the downed limbs and restringing the wires. But it will be a long time before our beautiful trees and yards recover, and a lot of businesses have been hard hit from being closed for a week. 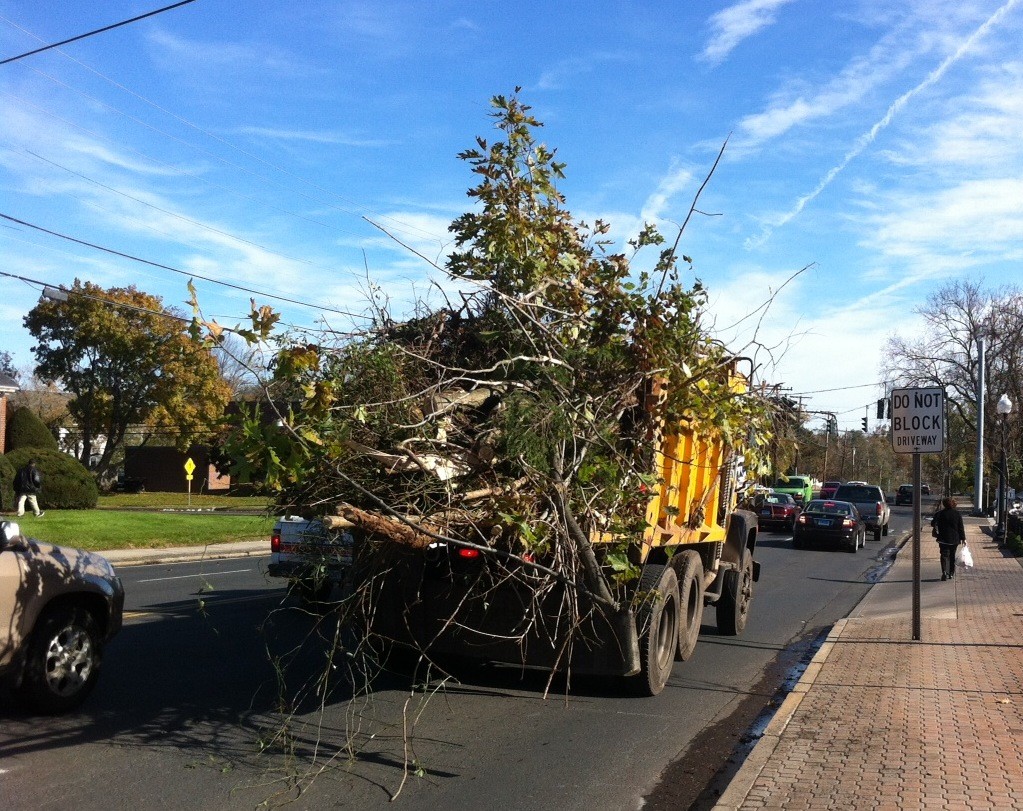 What is the media reporting? Not much as far as I can tell. It doesn’t seem to be big news. My brother, who lives in the Midwest, mentioned he read that fighting had broken out in the gas lines.  If that’s true, it’s not something I witnessed.

This entire week, I have witnessed courtesy, compassion and kindness. Society didn’t break down. There was no looting or crime.

In the face of adversity, instead of turning to violence, we turned to each other. Why are these stories not newsworthy?

We are so constantly bombarded by negative images and problems that it is overwhelming. We lose our perspective and stop seeing that there is a force in the universe that moves toward love and goodness.

Yes, I know that terrible things are happening. Injustice needs to be fought. We need to help those in need. We need to stand up to bullies. We need stop pillaging our environment. I believe in the importance of Tikun Olam – repairing the world.

I also know that while we’re fighting to make this a better world, we will get jaded and heartsick if we don’t also remember that love, compassion, connection are available at every turn of the way.

The images we hold in our minds manifest.

I have painted a detailed picture of my experience this week to offer some positive images to counterbalance those that are thrust upon us.

I encourage you to look around. You don’t need to lose your power to see this. Every day there is an act of kindness you might miss if you’re not paying attention.