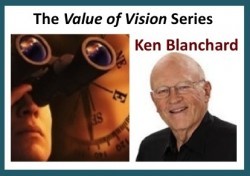 A Leadership Vision for America: Rebuilding a Divided House

Almost every dinner conversation I have been a part of in the last few years at some point gets around to how disappointed everyone seems to be with what’s going on in Washington. The complaints are not so much about the leadership capability of the current president as they are about the political system in general. Probably at no time in our country have we had so many major problems—yet we don’t seem to be making much progress in addressing them.

In thinking about what could help to turn around the system in Washington, I have been struck by the realization that there is a major missing ingredient in Washington that is present in great organizations: a compelling vision.

We are in desperate need of a clear and compelling vision for our country.

A vision is a picture of the future that produces passion, and it’s this passion that people want to follow. An organization without a clear vision or goals is like a river without banks—it stagnates and goes nowhere.

As I learned from my colleague Jesse Lyn Stoner, a compelling vision tells you who you are (your significant purpose), where you’re going (your picture of the future), and what will guide your journey (your values).

Let’s take the concept of creating a compelling vision one segment at a time and apply it to Washington.

Do we know what business we are in as a country?

A significant purpose tells you the reason for your existence. In other words, it answers the question “Why?” rather than just explaining what you intend to do. So, what’s the purpose of the United States?  Are we in the business of being a role model for democracy?  What about our role as an example of the free enterprise system in action and the most thriving economy in the world? Should that be part of our purpose? What about the quality of life of our own people—where does that fit in our purpose statement?  Right now, I don’t think we have a clear sense of what business we are in as a country.

What is America’s picture of the future?

The second aspect of a compelling vision is a picture of the future. What do you want to be true in the future that is not true today? If you do a great job at what you’re doing, what will happen?  Focus on the end result, not the process of getting there. And your picture of the end result should not be abstract—it should be a mental image you actually can visualize.

So what’s the picture of the future for our country? Where is the United States heading? What will a good job look like? I don’t know that our leaders have good answers to any of these questions.

Do we have any agreed-upon values in our country?

The last component of a compelling vision is having a clear set of operating values. What will guide our behavior as we move forward?  This is critical.

Values provide guidelines for how you should proceed as you pursue your purpose and the picture of the future. They answer the questions “What do I want to live by?” and “How?” They need to be clearly described so that you know exactly what behaviors demonstrate that the value is being lived. Values need to be consistently acted on, or they are only good intentions. They need to resonate with the personal values of the members of the organization so that people truly choose to live by them.

What are the operating values that should guide the behavior of our leaders in Washington? I don’t know of any agreed-upon values. Even if our politicians individually have good intentions and good values, without big-picture values for our government, it becomes a free-for-all.  To me, the values that run our country now are driven by the squeaky wheel—when someone protests, we focus on their values. I think we are in desperate need of a set of operating values everyone can agree upon that can guide our journey as a country.

For a compelling vision to endure, all three elements—a significant purpose, a picture of the future, and clear values—are needed to guide behavior on a day-to-day basis.

A perfect example of this is the way Martin Luther King, Jr. outlined his vision and beliefs about equality and freedom in his “I Have a Dream” speech. By describing a picture of the future where his children “will not be judged by the color of their skin but by the content of their character,” he created powerful and specific images arising from the values of brotherhood, respect, and freedom for all—values that resonate with those of the founding values of the United States. King’s vision continues to mobilize and guide people beyond his lifetime because it illuminates a significant purpose, provides a picture of the future, and describes values that resonate with people’s hopes and dreams.

What are America’s key national goals?

Once you have a clear and compelling vision, you can establish goals that help people determine what they should focus on right now. I would love to see our president work with the legislative branch to identify the key goals they want to accomplish nationally and spell out their plans and programs to achieve those goals.

If our leaders had a clear, agreed-upon vision, it would help them set national goals they could focus on. Then they could invite everyone, including citizens, to play a part in accomplishing these goals.

If people don’t have a larger purpose to serve, the only thing they have to serve is themselves. That’s what has happened in Washington. As a result, both parties seem to be more interested in getting their incumbents reelected than in solving the problems we have in our country.

Few people have impacted the day-to-day management of people and companies more than Ken Blanchard. A gregarious, sought-after author, speaker, and business consultant, he is characterized by friends, colleagues, and clients as one of the most insightful, powerful, and compassionate individuals in business today.

Ken has coauthored over 30 best-selling books, including The One Minute Manager,  coauthored with Spencer Johnson, and Full Steam Ahead: Unleash the Power of Vision, coauthored with Jesse Lyn Stoner, which have combined sales of more than 18 million copies in more than 25 languages. Ken is the cofounder and Chief Spiritual Officer of The Ken Blanchard Companies, an international management training and consulting firm that he and his wife, Margie Blanchard, began in 1979 in San Diego, CA.