How to Delegate So the Gain Outweighs the Pain

What Business Are You Really In? Grace Hearth Knows
Mother Goose Management 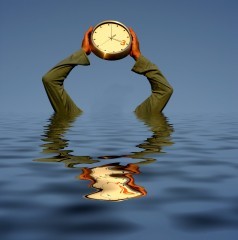 If you rarely delegate, you are an individual contributor. It doesn’t matter what your title is. Leaders who don’t delegate are not leading.

It hurts YOU. It’s not possible to do it all alone. You will get overloaded, stressed, and will eventually drown in the details.

It hurts your team. If you are doing their work, you are denying them the opportunity to grow and develop new skills and experiences.

It hurts your organization. If you are spending your time mucky around in the details, who’s looking at the horizon and ensuring you’re heading in the right direction?

But wait! Delegating hurts, too.

Stacey got feedback that her team saw her as a micro-manager, and she was working hard to step back and give them space. She confided to me, “It’s incredibly painful watching them make bad decisions and not stepping in to rescue them.”

It’s true. It can be painful to delegate. Things might not be done the way you believe is right, or worse yet, they may fail, the project may fail. There might be serious consequences.

How did Stacey have the courage to step back and not intervene in a decision she knew was likely to fail? – especially when she cared deeply about the outcome and also about her people?

She needed to learn that it’s ok to fail.

The gain outweighs the pain.

Learning:  Stacey shifted her orientation from perfection to learning. She began to debrief failures with her team in a non-judgmental way. Rather than pointing out what they did wrong, she created space for them to examine mistakes and learn from them. Real learning began to occur and a positive feedback loop where potential mistakes were caught early and corrected.

Shared responsibility for results:  An important shift has occurred on Stacey’s team. Where in the past her team had passively implemented her directions without concern for the outcome, they now became actively engaged and assumed responsibility for success and failure.

Do any of these reasons resonate for you? If so, what would happen if you challenged your assumptions?

Is that really so bad? Ask yourself:  What is the worst thing that can happen if the project fails? Will lives be lost? Sometimes our worst-case fears are driven more by emotion than logic.

Maybe they don’t want to be dumped with more work without authority.

3. It’s easier and faster to do the task yourself.

What would happen in the long run if you took the time up front to show them and gave them the space to learn?

4. Your own accomplishments might be eclipsed by their success.

Which accomplishments? Your success as a manager is measured by the success of your team.

You’re not likely to be promoted if you’re indispensable.

6. They might make mistakes that will affect your reputation.

If you are a micro-manager, chances are your reputation isn’t what you think it is.

7. Your old job was more interesting and fun.

The job of a manager is different than that of an individual contributor. You might discover it’s fun and rewarding to support others in accomplishing the work. But management is not the right job for everyone. If it’s not right for you, it’s better to recognize it now.

8. You won’t be seen as the one doing the most work, working the hardest.

Not to worry. You’ll be doing different work, but you’ll be working very hard.

9. It’s not clear what you’re supposed to do in this role and it’s more comfortable to do what you already know how to do well.

Every time you get promoted you have a new job to learn. Stop doing the work you did before and look around. What needs to be accomplished at a big picture level? Where is the organization going? What role does your team need to play? How can you support the people who are doing the work, provide the resources they need and work with your peers to provide coordinated leadership for the organization?

10. That’s how everyone acts. Your own boss is micro-managing you.

Sorry to hear that. But it’s not an excuse.

What Business Are You Really In? Grace Hearth Knows
Mother Goose Management