Is Arrogance Killing Your Leadership Potential?

The Importance of Truth-Telling for Your Organization's Success
It's time to pause... 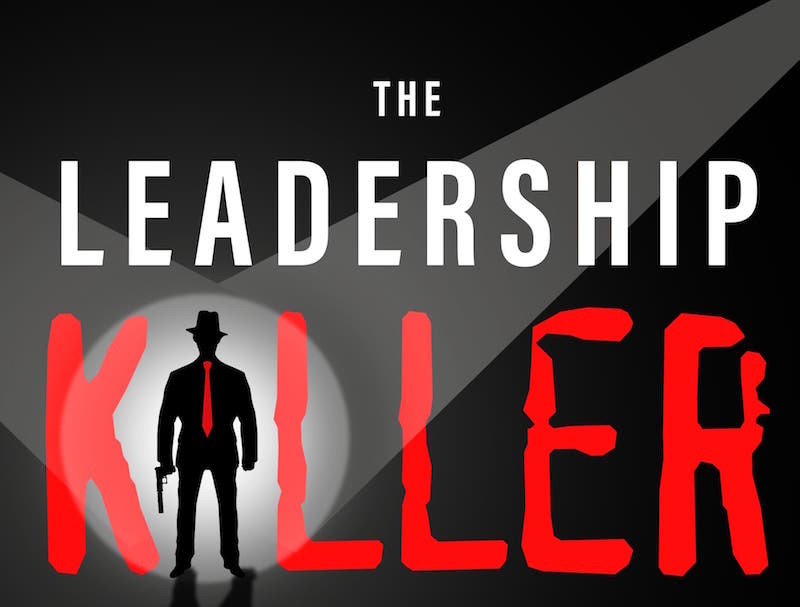 There is no bigger turn-off than arrogance. This is especially true in leadership. When a leader’s confidence grows recklessly out of control, when their head swells to 50x its normal size, they’ve become a victim of the “leadership killer” (a.k.a. hubris).

People will afford a leader a lot of power as long as they know that power is tethered to humility. They want to know that no matter how much success you’ve achieved, no matter how much influence and authority you may have, you haven’t forgotten your roots. They want to know that you wear right-sized britches and that you put them on the same way they do. But if your ego becomes inflated and untethered from the grounding influence of humility, followers will withdraw their support, and fast.

Why do some leaders act so arrogantly? Not everyone climbs to the top. Becoming a senior leader is uncommon, and they are treated as special. They get fancy titles, corner offices, and big paychecks. No one challenges them, and so they get away with behaviors that others would be called out on.

Given this special treatment, is it any wonder that some begin to think of themselves as the focal point of leadership rather than the people they are leading? They think they’re special because they are — at least according to the construct of leadership as it exists in most workplaces.

It takes an enormous amount of self-discipline and restraint to keep your ego in check when the idea that you’re special is constantly being reinforced.

However, it’s well worth doing. Arrogant leadership rarely engenders true loyalty. Followers quickly lose faith in a leader who cares more about enlarging his power than about their well-being. When the hubris wins, follower-loyalty loses. Whether you succumb to hubris is up to you.

The antidote is humility. A confidently humble leader is one who states views assertively and constructively, not to trump others, but to add perspective. When situations require, they can be forceful and direct, but never in a way that is demeaning toward others. The people they lead make their job meaningful and worthwhile, and their growth and development are how they assess their effectiveness. This is the heart of treasured and virtuous leadership and the place where we must return.

There are four easy steps you can take to keep hubris in check:

1. Get out of yourself. Make a list of the leaders who influenced you. What impact did they have? Reach out to three of them and let them know how you feel about them.

2. Lead on behalf of others. Identify the leadership impact you hope to have on others when you apply your leadership influence. Identify three specific actions you can take to positively impact others within the next two weeks.

3. Invite feedback check-ins. Request constructive feedback about yourself by enlisting an executive coach, taking a personality survey, going through a 360-degree feedback process, or entering therapy.

4. Be present with others. Let others have the limelight. Invite others to provide comments and seek their input. Ask more questions than you answer. 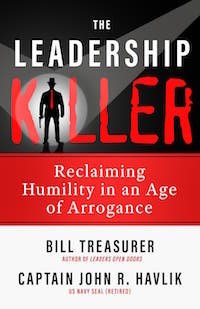 This post is based on ideas in the new book The Leadership Killer: Reclaiming Humility in an Age of Arrogance that helps aspiring, early-stage, and experienced leaders answer the critical question: “How will I use my leadership power?” Co-authored by renowned author and executive development trainer Bill Treasurer and retired U.S. Navy SEAL Captain John Havlik, The Leadership Killer exposes hubris as the single most lethal leadership flaw. With decades worth of insight drawn from leading elite military special operations teams, global companies, and organizations, Treasurer and Havlik illustrate how you can keep your ego and hubris in check while becoming a leader who is effective, successful, and good. @BTreasurer   www.BillTreasurer.com @CoachHavlik www.CoachHavlik.com

The Importance of Truth-Telling for Your Organization's Success
It's time to pause...