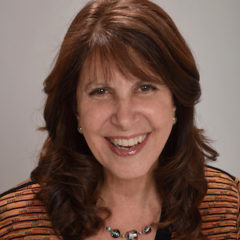 Jesse Lyn Stoner, founder of Seapoint Center, works closely with leaders helping them create collaborative, engaged organizations that make a powerful and positive impact on the world. A business consultant, coach, former executive, and bestselling author, Jesse has worked in a wide range of industries including Fortune 500s, small startups, government agencies, and nonprofits. Her clients include Edelman, Marriott, SAP, Stanley, Skanska, The Hartford, and Yale University, to name a few.

Jesse is coauthor, with Ken Blanchard, of the international bestseller Full Steam Ahead: Unleash the Power of Vision which has been translated into 22 languages, and several other books including Leading at a Higher Level with Ken Blanchard et.al. And as a senior consultant at The Ken Blanchard Companies, she helped create many of the programs and materials in the areas of vision, teams, and organization excellence.

Jesse has authored several team and organizational assessments, including the Benchmarks of Team Excellence, a popular assessment that measures whether a team shares a common vision and has the needed processes and skills.

In the early 1980’s, impressed by the effect of mental imagery on the Olympic results, Jesse began studying the impact of vision. Through her research, she identified the three elements of an enduring vision. And her doctoral dissertation measured the impact of of vision on leadership effectiveness. She then turned her attention to identifying practical ways to help leaders create a compelling vision and ensure it is lived.

Since then, Jesse has supported hundreds of leaders in clarifying their vision, developing collaborative leadership skills and building high performance teams. And she has facilitated many large-scale collaborative change efforts in companies such as Honda, Jackson Hole Ski Resort, Stop and Shop, and TJX (T.J. Maxx and Marshalls).

In addition to supporting leaders, Jesse has experience as a leader herself. Under her guidance as the Executive Director, the Guest House Retreat and Conference Center was designed, opened for business, and exceeded revenue goals its first year. She also served as the Executive Director of the Berrett-Koehler Foundation through through its launch and startup period.

Jesse writes an award-winning leadership blog and was named American Management Association’s Leader to Watch, a Top 50 Leadership Expert by INC magazine, and recipient of the Conant Leadership Award. Her writing has been featured in Harvard Business Review, Huffington Post and Forbes.

She received a masters degree from Syracuse University, advanced degrees in psychology and family systems, and a Ph.D. in organizational development from the University of Massachusetts. Jesse currently serves on the board of directors of Berrett-Koehler Publishers. She lives in the San Francisco Bay Area, has two grown children and a new grandson!